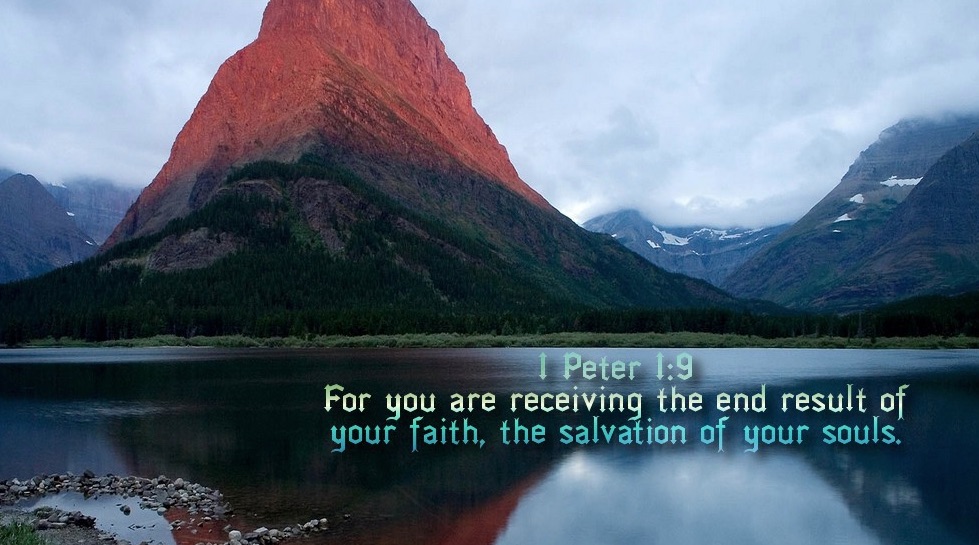 A Bible Study in 1 Peter: The Elect- Chosen by God

There are enough scriptures in the bible which reveal that there are people who are elect, according to the foreknowledge of God. If one reads the bible scriptures true to their words, then there is absolutely no question that the elect class are chosen by God in the beginning.  If God has foreknowledge, then we are to understand that He already knows that something will take place prior to it actually happening. This is the case with his chosen ones.

The Bible even reveals that some chosen ones were already known by other individuals whom the Holy Spirit was working through. Ephesians reveals that the Apostle Paul was aware of who would be among the “elect”, and here, Peter is given the same knowledge. Read more on Ephesians here.

1 Peter 1 opens as a salutation to the pilgrims who are referred to as elect, “according to the foreknowledge of God the Father, in sanctification of the Spirit, for obedience and sprinkling of the blood of Christ.” Look closely at those words. These men in specific places were already known by Peter to be elect. Peter addresses the readers in a fashion which identifies them as such, and reassures them that they are secure in their position as members of the elect class. This is based on God’s sovereign choice and purpose. If He foreknew before the foundation of the world that Jesus would be offered to the followers as a sacrifice, then He is surely aware of others who He has chosen.

In 1 Peter 1:3, Peter speaks as if he has assurance of his salvation already, as he discusses God’s mercy which has been bestowed upon himself and others, through the resurrection of Jesus Christ. He speaks of the inheritance as incorruptible and undefiled, which does not fade away, and is reserved in heaven for themselves, and we who are kept by the power of God through faith. It is very important to concentrate on the words that are used here in this verse. We are “kept through faith” for our salvation. Salvation cannot be obtained in the absence of faith. Since we are told in the Bible to have faith, this is considered a gift, however it is also considered an instruction to which we must have obedience. Peter acknowledges that though we rejoice in the promise of salvation through faith, we are grieved by various trials (v.6). However, the end of our life of faith, even through these trials, equals salvation of our souls.

God’s Spirit in the Prophets: The Coming of Salvation

In 1 Peter 1:10, the scripture discusses that prophets actually prophesied that grace would come through Christ, and that the Spirit of Christ was in them. In fact, the prophets were chosen by God for a specific purpose. It is likely to assume that one of these purposes is to make the scripture come true and prove the power of God. Verse 12 indicates that the prophets were ministering the things that had already come to fruition. However,  Peter doesn’t say how or when the prophets knew that they were actually prophesying regarding future generations. The events which were predicted by the prophets were the very events that came true through Christ, which were consequently told to the church by the messengers of the gospel. These things were no coincidence, as verse 12 shows that the Holy Spirit was behind not only the prophesies but also the message given by Christ’s followers. If the Holy Spirit of Christ is said to have predicted such salvation before He even appeared on earth, then based on this passage of scripture, Christ had foreknowledge prior to coming to earth, and also while on the earth. Christ, the “Word”, as a person of God in the Trinity, apparently had foreknowledge of who would be chosen by God.

They Elect are Chosen by God: “I Chose You”

1 Peter 1:20 states that Jesus was foreordained before the foundation of the world. God Himself raised Jesus’ earthly body from the dead, in order that your faith and hope would be in God. Further evidence is shown that the elect are chosen by God. They have not chosen Him, but it is the other way around. For further reference:

John 15:16 You did not choose me, but I chose you and appointed you that you should go and bear fruit and that your fruit should abide, so that whatever you ask the Father in my name, He may give it to you.

A Chosen Generation (or Race)

See 1 Peter 2:4-5 and note that just as Jesus Christ was chosen by God, the elect are also as living stones, just as Jesus was referred to. Such people are being built a spiritual house, a holy priesthood to offer up spiritual sacrifices acceptable to God through Jesus. All that must be done to experience the holy priesthood is to continue in faith, which is offered to us by Jesus Christ Himself. The elect are known as a chosen race, or chosen generation. See also:

1 Peter 2:9-10 : But you are a chosen race, a royal priesthood, a holy nation, a people for his own possession, that you may proclaim the excellencies of him who called you out of darkness into his marvelous light. Once you were not a people, but now you are God’s people; once you had not received mercy, but now you have received mercy.

These are clear indicators that our salvation is already known to God, and that we are chosen by God. If God knows of our salvation through foreknowledge, then He doesn’t need to guess whether we will stay in faith, because if He has willed it for a purpose, and He has chosen us, then He will allow His Spirit to work within us to keep us in a state of faith if we are truly elect.

If our only means to salvation is through faith which is implanted in our hearts by the Holy Spirit, then it is already known to God that His selected chosen ones will be in heaven. He has devised a plan of offering faith to us as only His Holy Spirit can. While the apostles may have been given such a knowledge of whether certain ones are chosen by God, the bible also says that we would know them by their fruits. However, this doesn’t suggest that we should presume to have the knowledge of the apostles, who were directly operated upon by the Holy Spirit in their ministry. We must use caution in making assumptions as to whom we would presume to be chosen by God, or not chosen by God.

Grace to you and many blessings. May your assurance of salvation become more clear as you continue your spiritual walk with Christ.