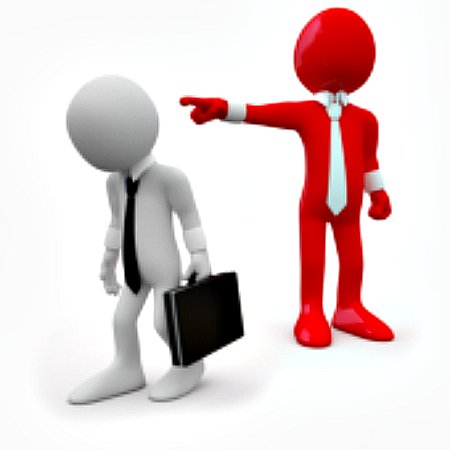 10 Ways Jehovah’s Witnesses Can Get Kicked Out of the Church (and lose their families).

With over 8 million members strong, Jehovah’s Witnesses as a whole are proud of their reputation as dedicated followers of God. The Watchtower Society is governed by a panel of 8 men who make final decisions, write the rules, and claim they’re directed by God. They pride themselves in running a tight ship. Many members are proud of their affiliation with the religion which refers to itself as “God’s Organization”. Many organizations such as International Cultic Studies Association labels them as a cult. The list below will begin to shed some light on the assertion.

Rules set by the Organization are said to be bible based. If one doesn’t conduct themselves in a manner befitting a true Christian, they will be counseled by congregation elders, and possibly even disfellowshipped (removed from Jehovah’s Witnesses). While many bible students would call them legalists, Jehovah’s Witnesses prefer to call themselves “true Christians”. Anyone found to be stepping out of line with the ranks is to be reproved.

Here are some ways one can get reprimanded or kicked out of Jehovah’s Witnesses:

Any type of political involvement or engaging in discussion which supports any political opinion is grounds for getting the sinner’s boot out of Jehovah’s Witnesses. Contributing to Veterans, going into military, taking part in political discussions or voting are all ways to be disfellowshipped from Jehovah’s Witnesses. Attending services of fallen soldiers is also forbidden, as it may imply idolatry (flag on coffin) or creature worship, or support of war. Saluting the flag is strictly forbidden.

9- Get in Car Crash and Take Blood Transfusion

Much focus is placed on abstaining from evil, and cheap trinkets from the Five and Dime found at a garage sale are no exception. If one begins having trouble in the family home, they might stop and think back as to whether they may have recently purchased or been given an item which is considered a “gateway to evil”. Random examples may include a $2 Michael Jackson “Thriller” Album, an item with an American Flag found anywhere on it, an unidentifiable yet attractive pendant, or something with a cross found on it. These are all considered potentially demonic to the average Jehovah’s Witness.

“Have you accepted any gifts from relatives or persons who dabble in spiritism? Any kind of article from such a person can cause trouble. In some actual cases it has been a radio, a sewing machine, a pair of shoes, jewelry, a “good luck” charm, a bathrobe, a blanket, a  book. One woman had her bed tipped up at night when she tried to sleep on a mattress given her by  her Spiritualist mother.  A young woman had a fever of 106 degrees when wearing a garment given her by a Spiritualist… Some persons have reported gaining relief by burning letters from relatives who dabble in spiritism.” (The Watchtower, December 15, 1966, p.742)

The Jehovah’s Witnesses teach that Jesus Christ is Messiah, however they do not believe that He alone provides salvation. They believe all honorary mention of God goes to Jehovah. For this reason, they refuse to worship Jesus in any manner. They also don’t believe that Jesus died on a cross, but instead, an upright stake. Wearing a cross may be likened to worshipping a pistol that was used in a murder. Hanging a picture of Jesus or a cross is considered grounds for disfellowshipping.

Independence Day, or in any way honoring veterans is viewed as a “demonic” holiday celebrated by “worldly” people. Fireworks are off limits, as is your neighbor’s flag cake made with strawberries, blueberries, and whipped cream. However, strawberries, blueberries and whipped cream are not in and of themselves, demonic, and they cannot make one possessed, as long as they are not fixed in the shape of stars and stripes, eaten on a day where “Proud to be an American” is blasting in the neighborhood. Any and all flags must be thrown out. If one eats a piece of flag cake, they are taking part in “Satan’s wicked system of things”.

Children in school classrooms often bring cupcakes or sweets provided by parents, in honor of a kid’s birthday. Jehovah’s Witness children must leave the room and in no way partake of the cupcake madness. Such an act is taught to children to be a snare and a trap of satan the devil, who may haunt the child if they dare eat so much as a finger swipe of pink frosting. Most JW children, in fear of becoming possessed by a demon, will leave the classroom and sit in the hallway, main office, or school library. Wearing a Santa Hat can also brand one as a supporter of evil.

5- Collect Harry Potter, or do Yoga.

Harry Potter is viewed as another magic tool of the dark forces, meant to corrupt one’s mind with hissings of the devil. A Harry Potter movie or toy, if found in your house by an elder who has been tipped off by a snitch, will be promptly discarded. Similar characters which portray magic such as unicorns, Disney Magic Princess, Smurfs, and Aladdin. Even Lucky Charms and Count Chocula cereal are known as dangerous, both to children and adults. Eating this wicked cereal may cause one to become possessed by Satan.

Yoga is viewed by Jehovah’s Witnesses as a form of exercise that can result in demon possession. If one is trying to lose weight or get in shape, Yoga, JWs believe, can be spiritually dangerous because demons can take over your mind and cause you to lose your salvation. This exercise practice is alleged to be linked with occultism, per the Watchtower.

Jehovah’s Witnesses believe that once one is disfellowshipped, or left the organization on their own accord in disagreement with JW doctrine, death itself cannot excuse their actions.  Attending a dead ex Jehovah’s Witnesses funeral can give the congregation a bad image. In a Watchtower article, it states in a ‘Questions From the Readers’ section,

“We never want to give the impression to outsiders that a disfellowshiped person was acceptable in the congregation when in truth and in fact he was not acceptable but had been disfellowshiped from it.” A Christian congregation would not want its good name besmirched by having it associated with any to whom 2 John 9, 10 applied, even in their death.” (Watchtower June 1, 1977; p.347)

3- Partake in a non-JW Church Wedding or Funeral

Attending a wedding ceremony in an outside church and partaking in any religious customs is grounds for disfellowshipping. Jehovah’s Witnesses don’t believe in stepping into and acting in agreement with any religious institution which is not their own. JWs are warned of the dangers of any involvement in a Christian church. They’re not to donate to church food pantries, Christmas toys for tots, or Catholic charities, to name a few.

Also, attending a wedding or funeral at a church of anyone who is not a Jehovah’s Witness, can lead to possible disfellowshipping, especially if one bows their head during a prayer given by any pastor or clergyman. The JWs believe that allowing another pastor to pray for them is taking part in false religious practices which can lead to disfellowshipping.

1- Speak to a Former Jehovah’s Witness

Watchtower Society, which governs Jehovah’s Witnesses, states in a 2013 Convention talk found on YouTube (see below), that former members (apostates), are not to be spoken to, if even to say “hello”. They are to be viewed as if they have a “deadly disease”, per Watchtower literature and talks. If one associates with anyone considered an apostate, they may likely be cast out after a public announcement is made to the congregation, and they will no longer have access to association with any Jehovah’s Witnesses, whether family relatives or not.

Anyone who is disfellowshipped, or voluntarily leaves and does not repent and return to Jehovah’s Witnesses is considered to be fully accountable before God, and will likely die in Armageddon. No mercy or communication is shown to former members who will not return to the JWs. Even if they find JW historical errors, false prophesies, or scandals or doctrinal issues that they don’t agree with and thereby voluntarily leave, they’ll be treated as strangers. Such members are viewed as wicked, part of the anti-Christ, and worthy of death in Armageddon.

“Hence, the Bible here rules out social fellowship, too, such as joining an expelled person in a picnic or party, ball game, trip to the beach or theater, or sitting down to a meal with him.” (Watchtower; September 15, 1981, p 23, 24)

“…Such ones willfully abandoning the Christian congregation thereby become part of the ‘antichrist.’ (1 John 2:18, 19) …. A loyal Christian would not have wanted to fellowship with an apostate.” (Watchtower; July 15, 1985)

Listen to the Convention talk at a Jehovah’s Witness Convention instructing current members how to treat members who have decided to leave, or have been do disfellowshipped.