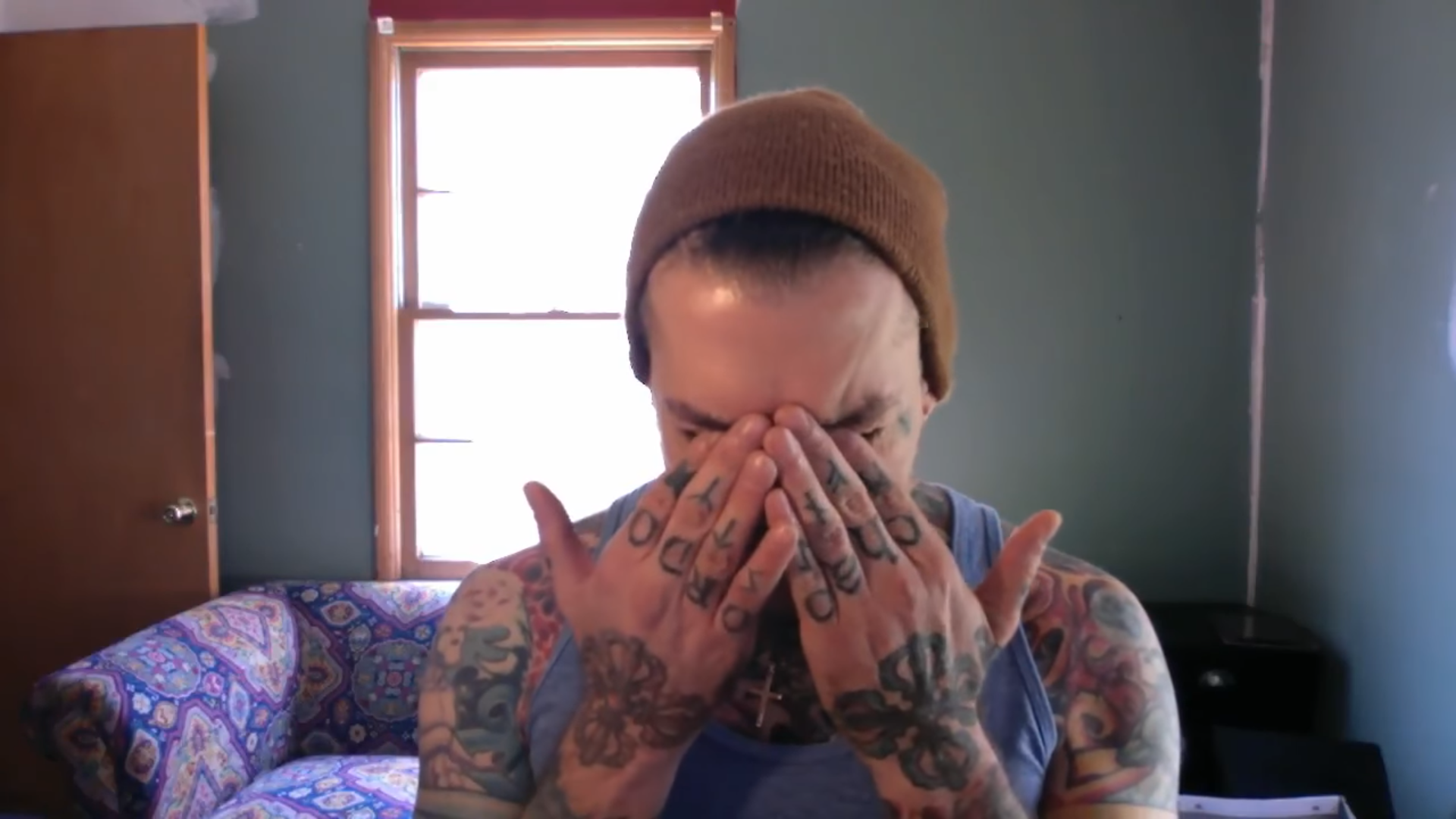 39-year-old Brett Prince is a “Satanist turned Christian” tattoo artist from Ohio, USA. As a self-proclaimed atheist who lived a life of drugs, drinking, sex, partying, fighting, and trouble with the law, he attended college and became intrigued by the occult.

As an egotistical tattoo artist specializing in demonic art, Brett’s life was a banquet of booze, marijuana, ecstasy, opiates and other drugs. He was obsessed with sex and the dark world. His anger also grew volatile.

When Brett Prince met soon to be girlfriend Kim, an adult entertainer, money was rolling in, but things were getting worse. Their relationship was continuously in a state of upheaval and struggle, ending in repeated breakups.

The Satanic realm no longer satisfied him, and his relationship had ended again. He was suddenly alone, and unaware of the spiritual wakeup call that would shortly follow. He began finding Christian based messages that he couldn’t seem to refute. Signs began popping up from books to tv. His old beliefs no longer made sense. He was waking up to his past. His previous mockery of Jesus, his blasphemy against God, his vanity and all of his sins came to him like thunder. He fell to his knees in remorse, shame and guilt.

Introduction to the Christian Brotherhood

Brett’s life has been changed in its entirety. Initially expecting to be judged and condemned upon walking into a Christian church covered in satanic tattoos, he instead found a new “family” who welcomed him with open arms.

Lessons in Humility from a Satanist Turned Christian

As he tells of his battles on the road to Christ, tears fall from his eyes. His testimony closes in an unbelievable and profound prayer for salvation of sinners around the world. This is a video all Christians can appreciate. Many may be reminded of the road they once traveled before realizing their own salvation. We are touched by the humility and meekness of Brett Prince, who bears his soul to the masses who have yet to come to Jesus. Likewise, a good lesson is learned even by Christians who have been studying for years.

1 Corinthians 10:13 No temptation has overtaken you that is not common to man. God is faithful, and he will not let you be tempted beyond your ability, but with the temptation he will also provide the way of escape, that you may be able to endure it.

A Reminder of Grace Through Faith

As we watch the testimony of Satanist turned Christian Brett Prince, and we keep in mind how easily man can fall into temptation and sin, we are reminded of the blood shed on the cross by our Lord and Savior. Each drop that fell from Jesus was yet another sin of ours that would be forgiven. For each second that He suffered in persecution, another billion prayers would be answered. Inevitably, our salvation is found in Him alone, no matter how undeserving we all are. How amazing it is to know that we’ve been granted such undeserved, holy grace.

May we always humbly remember the very depravity within ourselves, as we continually seek a life of holiness while we await the day of the return of our Lord.

Former Satanist’s Testimony of Losing Everything and Finding Christ

How to Stop Sinning