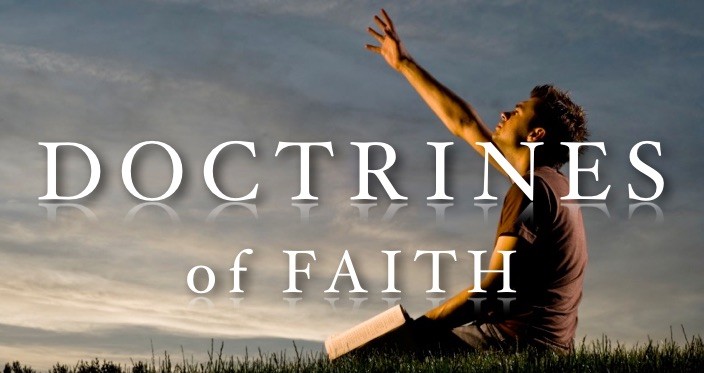 The Battle with sin in Lives of Christians – Biblical References

The never ending battle with sin is a common trial amongst believers. Questions were posed when I had a conversation with a fellow Christian some time ago as to why it happens in the lives of the faithful believers; those who want nothing more than to please God, and despised themselves for that one sin they just couldn’t shake. One can lead a life of dedication to God– study, teach, and get further advanced theologically. One can read the entire bible and feel a sense of good that comes with advancing the walk with Christ. After a brief vacation, that one sin will eventually awaken from darkness, reveal itself in just seconds, clutch itself to the believer, and leave even the strongest of Christ’s followers feeling utterly defeated to their core. It does not come in out of nowhere, striking only the weak. It lives in all true followers of God, and always has.

The battle with sin suddenly becomes an overwhelming challenge of the mind. You do not know how to stop. You’re addicted. You begin having trouble with prayer, and just trying to get the words out seems like the beginning of an advanced thesis, with no idea what to say. The words will not come. The mind becomes overwhelmed again with reminders of that sin. You close your eyes and fall asleep, and it follows into the very next day. Why? Why does God allow this to happen?

We might reflect back on the book of Job when Satan goes after him. The devil challenged God, sure that he had the power to beat Him. Satan believed Job would curse the Lord. The attack by Satan was allowed to happen only under the hand of the almighty, Who oversees all and works all things for good. (Rom 8:28) In the end, the point was made– there would be no being on earth or beyond that would have the power to loosen God’s chosen ones, whether through simple affliction, or tragedy. (John 10:27-30) However, the story of Job does not depict a man who struggled with sin, but rather a man of strong and immutable faith who served God. Job was the chosen target to come under attack of the devil.

With many stories of sin and sinners in the Word of God, we find those who preached against it. And those very people, standing at the front of the church or in the fields, would be the very ones who recognized their sinfulness even moreso as they grew in faith. They would grow in grace, only to feel the aching of that recognition that no matter how hard they tried, sin at it’s strongest degree was inevitable. It would always be there to prevent the spiritual ego from becoming too big, and prevent the Christian from believing they had special ability to repel it.

Yes, there are those who claim they do not sin. Many bible students have been faced with such a legalist who believes they can keep all laws and abide in a sinless life. No one anywhere is without sin. The legalist in all his pride treads dangerous grounds. They do not see that such a perfect man could only be our Lord & Savior Jesus Christ. No other can ever be sinless. Hence, the reason for faith.

Paul expresses his yearning for the sin to be removed in Romans 7.

Romans 7:14-24 (NASB)
For we know that the Law is spiritual, but I am of flesh, sold into bondage to sin.15 For what I am doing, I do not understand; for I am not practicing what I would like to do, but I am doing the very thing I hate. 16 But if I do the very thing I do not want to do, I agree with the Law, confessing that the Law is good. 17 So now, no longer am I the one doing it, but sin which dwells in me. 18 For I know that nothing good dwells in me, that is, in my flesh; for the willing is present in me, but the doing of the good is not. 19 For the good that I want, I do not do, but I practice the very evil that I do not want. 20 But if I am doing the very thing I do not want, I am no longer the one doing it, but sin which dwells in me. 21 I find then the principle that evil is present in me, the one who wants to do good. 22 For I joyfully concur with the law of God in the inner man, 23 but I see a different law in the members of my body, waging war against the law of my mind and making me a prisoner of the law of sin which is in my members. 24 Wretched man that I am! Who will set me free from the body of this death? 25 Thanks be to God through Jesus Christ our Lord! So then, on the one hand I myself with my mind am serving the law of God, but on the other, with my flesh the law of sin.

What a reminder to all those who suffer the same inner war. The battle with sin is powerful and grueling in the life of a Christian. Even the apostle Paul, the chief of all sinners himself, could not excuse or ignore his inborn dwelling of sin. His agony over his battle with sin was transparent. He was weak, and a slave to sin. He indeed recognized that the power of his salvation, even through such an extreme inner battle, was unbreakable.

Romans 8:5-15 discusses in detail the life of one who’s mind is on the flesh vs the Spirit. Those who are in the Spirit are covered by righteousness.

Romans 8:10 If Christ is in you, though the body is dead because of sin, yet the spirit is alive because of righteousness

We remember in humility and all gratitude and submission to Christ, the words of Paul in Romans 8:37-39: “For I am convinced that neither death, nor life, nor angels, nor principalities, nor things present, nor things to come, nor powers,: nor height, nor depth, nor any other created thing, will be able to separate us from the love of God, which is in Christ Jesus our Lord. But in all these things we overwhelmingly conquer through Him who loved us.”

While we struggle with the sins of the flesh, still we have the ability to approach our Holy God in prayer to confess, receive blessings from Him daily, and continue to look forward to sanctification and increased faith in Him, leading us further on the journey to eternal salvation with Him. Think of that for a moment. What a precious gift we have been given, no matter our daily struggle.

Turn to Christ in your battle with sin, remembering to keep faith in the promise. The very elect are those who tremble at the thought of their sinful natures. Keep in prayer, and pray the Holy Spirit give you wisdom and cleansing of your sin until such a day you can meet the Lord in paradise.

Sin: When are you held accountable?

Top rated book: Grace Abounding to the chief of sinners

Still struggling? Go to the Menu and find more topics on building your walk with Jesus Christ.