How to Get a Jehovah’s Witness to Listen and Think

We will discuss a general scenario of a typical experience when talking to a Jehovah’s Witness. Consider the factors that can be learned and practiced if you want to make a go at a successful conversation with a JW. Try it out and see if you can turn it around from arguing with Jehovah’s Witnesses to ministering to Jehovah’s Witnesses.

Study them, if you don’t already know how they’re trained to think. Jehovah’s Witnesses are taught weekly how to speak like robots. Refamiliarize yourself with their speech if it’s been a while. If you’re caught off guard, and didn’t think to plan for typical responses, you’ll likely be unsuccessful if emotions get the best of you. 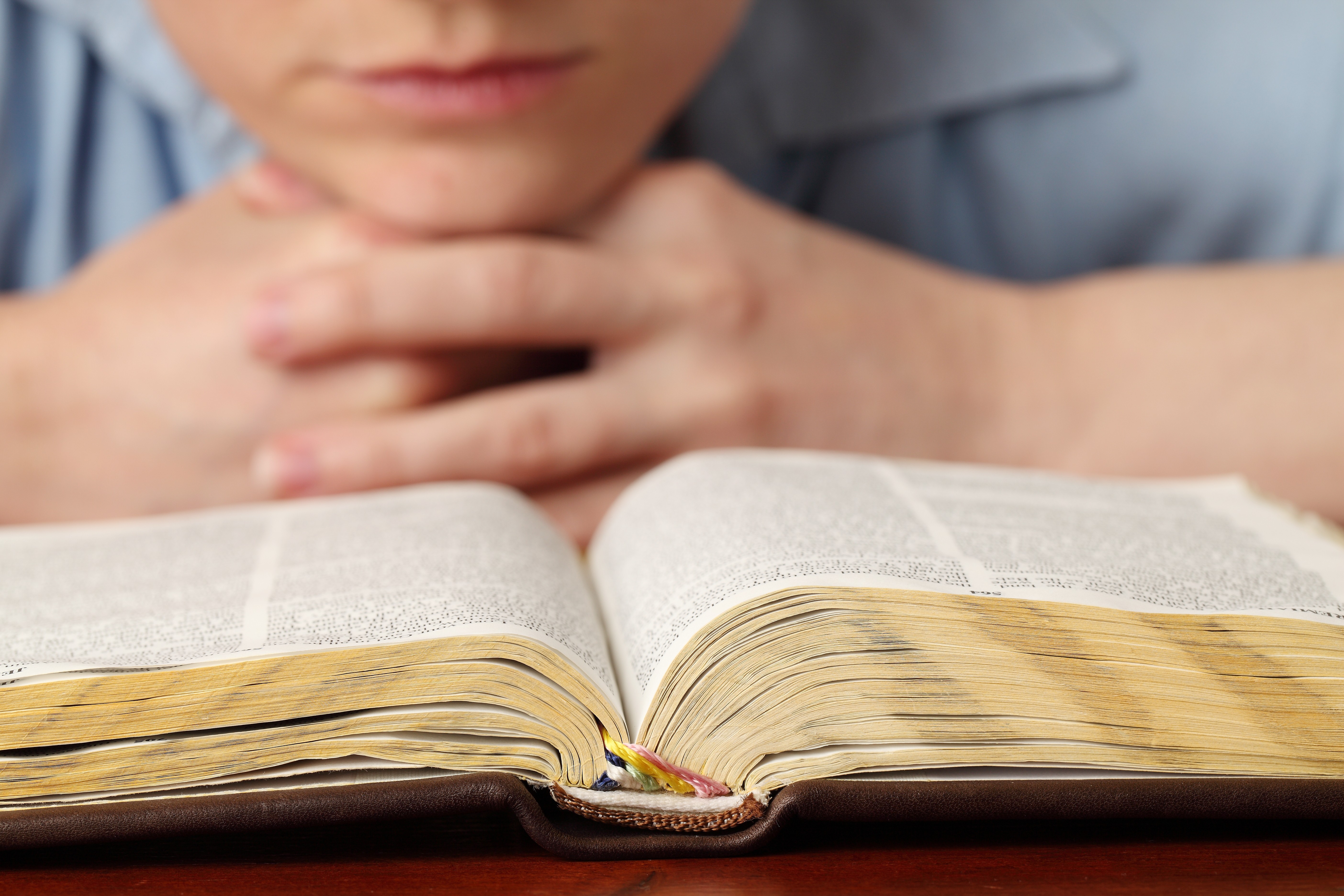 Here’s a typical example of a conversation with a Jehovah’s Witness.

Example: I understand your history is full of false prophesies, unfair judgements of men, and some serious violations of bible instruction. Do you accept that this is part of your JW history?*

*If they ask what you’re talking about, respond with, “You know. The false prophesies, quoting from an occultist to support their reasoning, changing doctrines, that sort of thing. You accept this as part of your history?) Don’t hit hard on every single thing. Be general but use incriminating words such as “being found guilty of”, etc.

“The organization is imperfect. No one is perfect.”

Then why do people get disfellowshipped if you agree people make mistakes?

But he or she lost his family because an imperfect man dared read something only God can read, didn’t he? (Keep the tone conversational, friendly, yet straight to the point)

“We want to keep the congregation clean.

So you think there’s no sin in the rest of the congregation. Is that fair to say?

So all of the people sinning in the congregation, including all those dismissing the final commandment of Jesus Who said to love, are all just imperfect sinners, like the sinners who got disfellowshipped?

“They sinned and didn’t show repentance. And their sins must’ve been gross sins or they wouldn’t be disfellowshipped.”

What do you consider gross sins?

So you believe leaving on one’s own accord, based on their own biblical interpretation is a gross sin, too?

“They turned away from God.”

And you believe that the act of fornication, where one sins with another imperfect sinner, is a different sin than not showing love to a fellow sinner? Which commandment do you think is more serious if violated?

“We love everyone. We are the most loving organization on earth. We don’t judge”.

Then why don’t you speak to a former Jehovah’s Witness? You’re treating them as God haters.

“Because God says to stay away from unclean thing.”

But you’re unclean, aren’t you? You have unclean thoughts daily. Isn’t it fair to say….that you sin just like Paul said that we all do?

“We stay away from apostates because the bible commands us.”

The bible commands you to love, and it says that we are all sinners, doesn’t it? But that we are washed clean in the blood of Jesus?

And, what if the former Jehovah’s Witness has continued in service to God by prayer, study, and attending another church, and believes they’ve been washed clean in Jesus? Are they still to be shunned by your church?

“If they joined another church, they obviously don’t love God.”

What if a pastor agrees that they’ve been forgiven because the person has confessed the sin to God, and they believe they’re forgiven through faith, based on biblical instruction? You disagree that bible instruction is enough?

“If they were sorry they’d return to Jehovah.”

Say the person claims to love God with their whole heart and mind, studies the bible, and ministers the Word of God to others. But they aren’t a baptized JW. That means they’ve accepted their fate to burn in Armageddon?

“We don’t have any right to say. Only Jehovah knows.”

How does any elder have the right as an imperfect man, to have any say at all in one’s relationship with God? They are commissioned to spread the message, but let Christ be the judge. That’s what you said. Do you agree?

(If the conversation has gone this far, it may result in JW bragging rights. Stay on focus anyway.)

“Well, we are still the only ones who follow Jehovah”.

But you’ll let men determine whether you’re worthy of spiritual execution, just based on status with JWs? If one is a JW on paper, filed in the Bethel headquarters, then he lives after Armageddon… But if he is not affiliated on paper with JWs, then he dies?

You leave it up to men?

You mean men? I want to understand you correctly that if you ever get disfellowshipped because you are imperfect sinner who admits your sin, that you’ll accept that being disfellowshipped means you hate God.

I want to know that if you are caught drunk, which the bible warns against, that you will accept it when another imperfect man tells you that if you get drunk again, you are unrepentant and hate God.

“I don’t drink enough to get drunk. And that’s not how it works. We don’t do that.”

Okay. I just want to know that when and if they change their policies again next year in 2016, like they did so many times in the last 100 years, that if you then slip and sin and admit it, and pray to be forgiven, but men think you’re not sorry enough, that you’ll accept your fate as a person who hates God.

I just want to know that if you question what I say after some time passes, and you find these things in your studies, or if you devote time and find that these things you’re taking part in violate the bible instruction, that you’ll accept your label as an atheist, agnostic, sin lover, or demonic.

(Use a close-to-home example:)

I want to know that if you are finding out this time next year that the Watchtower was secretly involved in covering up your mother’s childhood rape or telling her that turning in her accuser would damage the congregation, forcing her to keep it quiet and deal with it alone, and you find pain in that and vocalize it, that you’ll accept it when they tell you that you hate God or are not marching in unison with an organization. Is that fair to say?

By this time, you will anger the JW who will feel they’ve been put on defense. There will be things obviously, that aren’t in this example dialogue, which may set you off or cause you to become defensive. Keep in mind, it is an opportunity for you to assist in helping the JW to think on their own, which they’ve been advised not to do. Ask questions that will require thinking. This isn’t bible doctrine. This is common sense, which needs to be introduced to them.

Try to work on your communication skills. See how good you can get at this, and train yourself in proper reasoning. Write down potential conversation points that you’ll want to keep in mind in your next communication with a JW. Remember to reflect back on your list of reminders. Stick to facts, and ask questions. Remember, you’re not on the defense.

If someone says, “you’re not answering my question”, then you might say, “I will answer any questions you’d like to ask me after you just let me become acquainted with you to see where you’re coming from. Is that fair to let me ask some things first since I’m the one that started the conversation? I dont want to lose my thoughts and these are important issues.”

If someone says, “Well where else is there to go other than Jehovah’s organization?” then you might say, “If the bible doesn’t mandate that one needs an organization, but it only says we must turn to Christ and have fellowship with believers, and show love to our brothers, then what is the answer to your question? Is there a physical place Jesus said one has to go in order for any scriptures to apply to us? Is a Kingdom Hall or church specifically spelled out, considering that church translates to ecclesia, which is simply a group of faithful people? We are in a group of 2 right now, aren’t we? Would you not think Jesus is enough, even though He said He is, when He said that He Himself is the only Way, and Truth? ”

If someone says, “the light gets brighter”, advise them that this scripture in Proverbs 4:18 does not refer to teachings that were once taught to be truth in a church/ministry setting but now have changed to untruth… Nor does it apply to doctrine once taught as untruth, now taught as truth. Think about it. Nowhere are there lies in the bible. So previous instructions in the bible were not lies, nor were they “old light”. Ask the person to clearly identify, using the bible, exactly what that particular passage means. Open this in to a discussion of exactly what it meant by the scripture. Use a bible commentary to assist you if necessary, such as Matthew Henry Commentary or other theological aide.

Have you had an experience like this and had success? How have your typical experiences with JW talks gone?  Please share it with us.