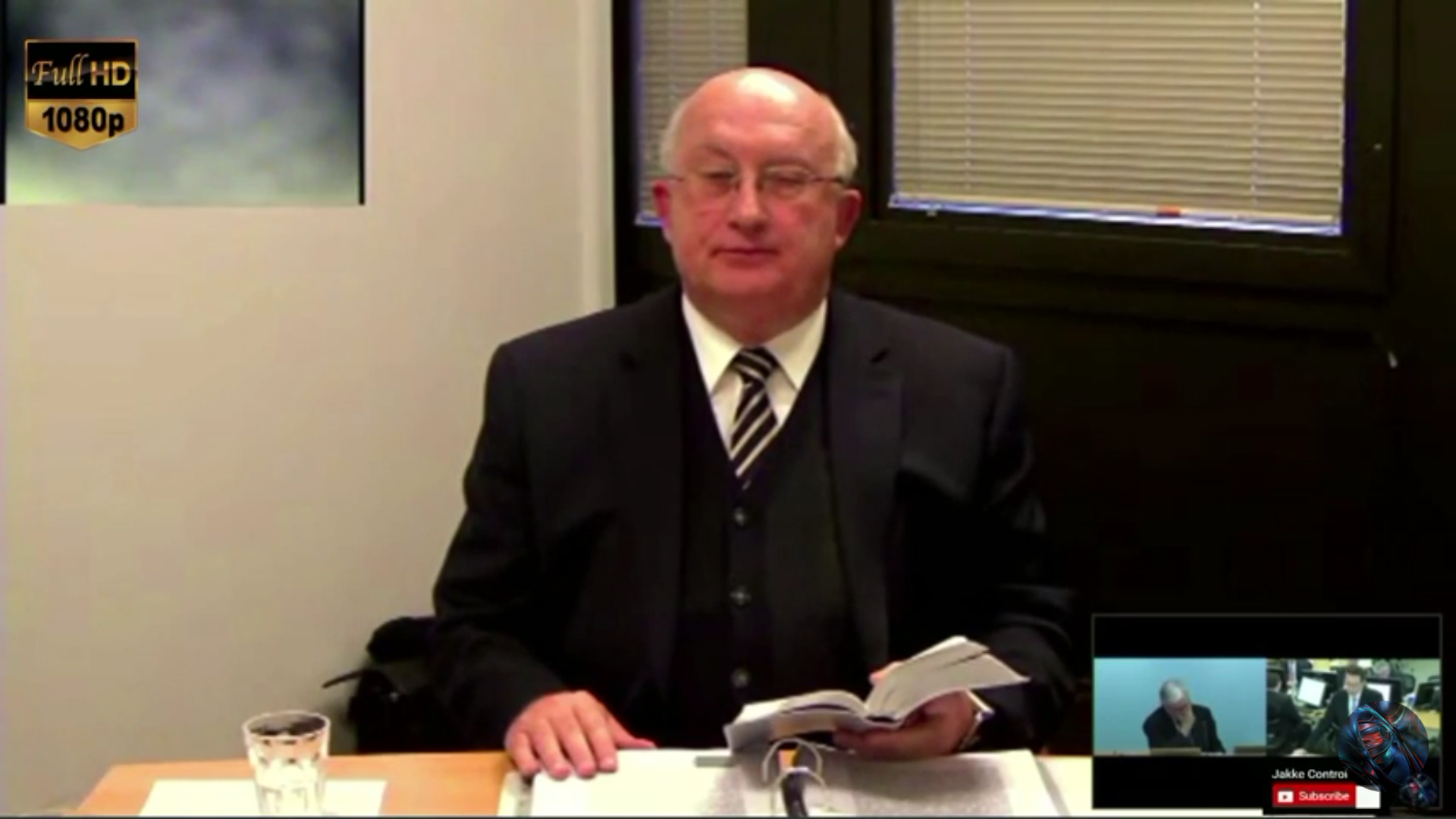 On August 13, 2015 (August 14 in Sidney Australia) Jackson took the stand by way of live streaming video. He was questioned by the Royal Commission regarding the past and current practices and procedures related to child abuse inside Jehovah’s Witnesses. Previous to this hearing, other members of Watchtower Society and Jehovah’s Witnesses were also questioned on the stand, revealing incriminating information on just how accusations of child molestation are handled in the organization. Victims were able to testify as to how their stories of sexual abuse were swept under the rug. Many victims who chose to walk away from the religion also lost their entire social circle and families, due to the Jehovah’s Witnesses policy which states that JWs must not speak to former members who have either been disfellowshipped, or have disassociated themselves.

Governing Body member Geoffrey Jackson’s testimony was anticipated by what is presumed to be thousands of people around the world. Word had traveled extensively around Australia in regards to the molestation inside Jehovah’s Witnesses. Other countries caught word through Ex Jehovah’s Witness communities, who shared the information with others worldwide. The anticipation of how Geoffrey Jackson would handle these questions was unnerving to many people who have suffered at the hands of the Watchtower Society. As Jackson’s testimony took place, people from around the world gathered together on Facebook to discuss the event real time, while watching on their computers. Online parties and forums were mobbed with those who have been waiting for months, years, and even decades, to see Watchtower brought to justice, and a Governing Body member questioned by authorities.

When questioned as to the practices of the Jehovah’s Witness Watchtower Society, Governing Body member Geoffrey Jackson’s responses were called out by people all around the world. Anger and shock continued to build as former Jehovah’s Witnesses expressed that much of what Jackson stated was either manipulative, exaggerated, or blatantly false, with intent to mislead the Royal Commission. Those who watched the testimony got heated, often times cyber-shouting “LIAR! HE IS SUCH A LIAR!”, in all caps. Victims of Watchtower who are now being shunned expressed disgust and outrage when Geoffrey Jackson stated how “loving” the Watchtower Society is. When Jackson spoke about women in the congregations having ability to make decisions, long time former JW female listeners had extreme reactions which denoted disgust and shock. “He is a pig! He is a filthy liar!” were among the common responses. Even men became outraged at the untruths being stated by Jackson during his sworn statements.

Geoffrey Jackson was for the most part respectful to those who questioned him, however a bit of sarcasm was lightly interjected here and there. At one point, Jackson made reference to a scripture in 1 Corinthians. He stated to the attorney on which page of the bible the scripture was located, (assuming he didn’t know where to find it)  when the attorney abruptly interrupted Jackson and said, “I’m there already”.

Watch Geoffrey Jackson slip out of being questioned regarding the repeated statement by JWs that these child abuse stories are “apostate lies”.

The Royal Commission also has available a complete list of the submitted exhibits in the Jehovah’s Witness child abuse case.

Complete transcripts may be found here, for those who prefer to read at their leisure.

How to Get Disfellowshipped From Jehovah’s Witnesses

How to Get a Jehovah’s Witness to Listen and Think