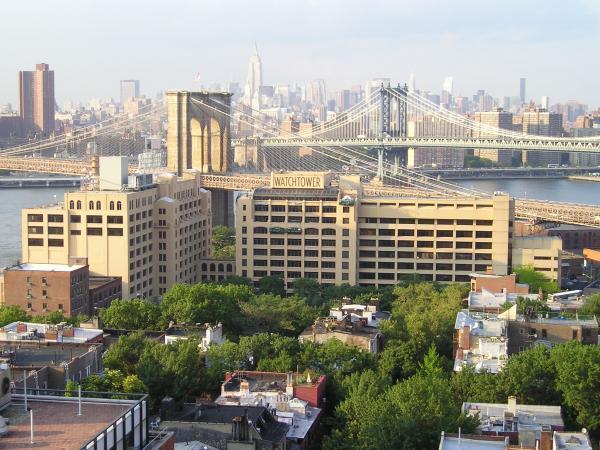 “Our preaching work is primarily financed by voluntary donations from Jehovah’s Witnesses. No collections are taken at our meetings, and members are not required to tithe. (Matthew 10:7, 8) Instead, contribution boxes are provided in our meeting places so that if someone wishes to make a donation, he may do so. Donors remain anonymous.

One reason that our expenses are manageable is that we have no paid clergy. In addition, Witnesses are not paid to go from house to house, and our places of worship are modest.”

This statement is blatantly and purposely deceiving, to say the least. The Jehovah’s Witnesses preaching work is *not financed*. The individual members pay out of pocket for gas money, travel expenses, food and so forth. They aren’t reimbursed or receive donations. The Watchtower headquarters keeps the money and the members are on their own to cover all their expenses with no assistance financially. The individual members do the street preaching work. The leaders do not knock on doors. No matter how many magazines they place at doors on behalf of the book publishing company, they receive no help at all from the Watchtower. They are also often hearing that they must give more money to the Watchtower, even if they are poor. This is spoken of in talks given at Kingdom Hall meetings.

It should be noted that a large amount of churches do not tithe, but I digress. The Watchtower Society sent a letter out requesting to know the monthly amount that JW Kingdom Hall congregations would be contributing monthly, so they could have a better idea of their annual income outlook. Additionally, “surplus funds” were discussed in a private letter to elders (Google “Watchtower surplus funds for leaked copies of letters). Funds are not only encouraged in “JW Broadcasting” videos from the leaders at Watchtower headquarters, but it is no secret that congregations feel the pressure of needing to donate, whether or not they know where the money is going.

While this is true, the reason is because there is not one pastor for a congregation. This is a good way for Watchtower Society to avoid paying any individuals. Instead, many different men are given the ability to give talks, but not the same elder speaks every week. Instead of paying a pastor, the Watchtower Society is off the hook, and gets to keep and invest the money that congregations donate, tax free.

The Governing Body of the Watchtower Society is housed at the headquarters, meaning they receive room, board, food, and obviously spending cash. Nothing is known on how much cash they receive, as they will not disclose it. Because they’re a non-profit organization, they do not have to provide this information. Even if they are obtaining massive amounts of funds from donation money, there is no record that provides transparency.

This may be correct, in that they don’t have large churches. The headquarters is far from modest, as are the multiple buildings owned by Watchtower.

Further, the Watchtower Society has made a tremendous amount of money from real estate investments. With a possible 1 Billion dollars coming in from their next property sales, combined with hundreds of millions in past property sales in Brooklyn, Jehovah’s Witness members continue offering their time and hard earned money to support the Watchtower goldmine.