Elder Tom takes the podium, prepared to give a talk that he’s been educated on for some time now. He’s got a book of study notes, lots of articles to reference, and publications in his home library that he’s able to take snippets from, putting together a shining talk. This one is an easy one and it’ll be sure to get an applause. He’s all set with his shoes shined, gestures down to a science, and the scriptures memorized. What he does not realize now is that years later, he will become an atheist.

He sits there with his head in his hands, wondering what the real truth is about God. “Thirty years wasted,” he convinces himself. “None of this makes any sense. How was I so fooled? I made a fool of myself to my family, and my friends. It’s time to live. I don’t need any of it. Who needs God? He never did anything for me anyway. If He’s real, He never would’ve let me get tricked by all this. I even don’t care anymore. I’m done.” Tom makes the decision. He is an atheist. 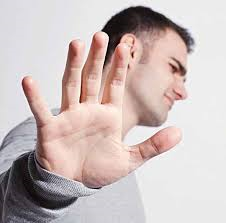 He scrolls through Facebook seeing the parroting of his newfound atheist friends across the world who are all too familiar with this train of thought. Forums are flooded with people denouncing the name of God. “Your God is a monster!” “No thanks, I’m not interested in your sky daddy!” “So you support a mobster who condones rape?” Tom is shocked by the amount of people who agree with him, and joins in the sabotage of a God he once loved, and now loathes.

How familiar I have become with this atheism scenario, as it relates to former cult members. If only I could count how many times I have witnessed the blasphemy. Former cult members may speak as if God was but a footnote, to be treated like some high school bully who picked on the poor, defenseless kids. From the standpoint of onlookers, here is a person who was brainwashed by a cult, and now mockingly blasts off against the very subject of God. Unaware of how he looks or what he sounds like, he cares about one thing: “Get as far away from ‘religion’ as possible. No more God talk.”

What Provokes Atheism in Former Cult or Legalist Religion Members?

How is it that a cult can affect the minds of some and draw them to such a hatred of the God they once loved and wanted so badly to please? How is it that after decades of service and grueling, hard work, he or she is so able to quickly dismiss the idea that there is still “truth” to learn?

The common denominator of leaving a legalist religion is overwhelming resentment and anger. Many say they have no anger. However, even outspoken atheists admit they are angry for a reason, however they will not claim anger as a reason for their atheist beliefs. Many feel their lives were wasted and think of everything they missed out on. The slavery they were held captive to disgusts them to the very core. They don’t want to discuss good things about God, hear about God, learn about God or believe in something they think let them down.  The religion let them down, and in their eyes, that means God let them down.

There’s no easy way to deprogram from a cult. There’s no way to immediately eliminate all bad feelings toward a cult. There’s no simple way to convince an unbeliever that what they were taught is controlling their thinking. But, sadly, it is not impossible.

Forget What You Thought You Knew

One of the worst things I need to mention is that many former cult members honestly believe they are making a decision based on the extra knowledge that they think they have about God and the bible. I have had many atheists challenge me, looking for a fight. Many are so angry that they are easy to become frustrated with, because they are so convinced of their assertions that they present themselves in a manner of calloused scorn. Some will curse at, belittle, antagonize, manipulate, make fun of, and otherwise attempt to verbally annihilate any Christian that crosses their paths. The truth is, they’re convinced that because of their “advanced training” spanning a couple or more decades, they can hold their own in any biblical war of words. In fact, the opposite is true. It becomes evident very quickly how fast they gave up and had no contiguous training after leaving the cult. Stories they remember from the bible are not accurate. Absolutely no theological understanding exists at all on critical topics. Some of the simplest doctrines of the bible are completely missed. There is no comprehension of the need for additional understandings, or how much they have not even learned yet. They are totally unaware that what they think they know about the bible has been taught to them by pharisees and false teachers who continue to affect their minds to this day.

If you come from a cult such as Jehovah’s Witnesses or Mormons, and believe you are atheist now, it is wise to know that you are not alone. However, it is foolish thinking to assume that what you were once taught by a mind controlling organization with corrupted leadership, is what you should base your beliefs on. Even more foolish is to assume that you’ve acquired enough knowledge to make such a weighty decision to dismiss and eliminate God or the bible. If one is trained incorrectly, and assumes that his incorrect knowledge & beliefs should be that which he bases the rest of his life on, then he or she does not see the repulsive control that the false religion continues to have over them. To the cult victim turned atheist, many times they refuse to acknowledge they now must start at level one in order to understand or relearn about God. Instead, they believe they were ranked highly and therefore have a right to refuse of God based on what they already know. This can cause them to swear off all Christianity as a whole, even though they have no idea of the varying doctrines of Christian religions. They were taught by the false church that any religion outside of the cult is bad, and they still believe it.

Mimicking and parroting the more prominent, “educated” atheists becomes a practice that new atheists can become addicted to. He or she may immerse themselves in YouTube videos, joining in on the venomous comments, mocking anyone who believes in God. Former cult atheists don’t know much about the bible at all from a theological standpoint. They only know they’ve been duped and lied to. They may refuse to ever listen to a message of hope or Truth, lest they be made a fool of again. Instead of trying to find faith, the cord has been cut, and they’re ready to profess their newfound identity to anyone who will listen.

Reasoning With a New Atheist

Sadly, there will be no convincing atheist ex cult members that they’re basing their beliefs on false information taught to them by other uneducated cult members. Tell an atheist that they have based their views of God on nothing but a scam and they will not hear of it. Unless the day should come where the Lord speaks to their hearts in a way that only He can, it will continue to be a spiritual epidemic, wherein he that professes to have special knowledge and make decisions in light of it, really had nothing more than a fifth grade biblical education.

The new atheist must be aware that not many true and dedicated Christians will want to spend much time engaging and humoring their banter. Many atheist people will say, “I thought you were supposed to defend your beliefs. Isn’t that what the bible says?” However, educated Christians are aware that the scorned atheist is looking for nothing more than an opportunity to spout off about then same old issues we’ve heard before. Is it the job of a dedicated Christian to answer every demanding question of an angry atheist or agnostic? Is it advised in the bible that we should stand in the line of fire and wait for ridicule, mocking, and listen to blasphemy? Certainly not. Many atheist people need to understand that Christians are not commissioned by God to enter disputes with angry God haters. We are here to give a message. Those who choose to listen may do so. Those who choose to mock and ridicule or argue, or even put us on trial, are not our means of salvation. Nor should they be deceived into thinking that by not entertaining them, we must not be true followers of Jesus Christ.

Disclosure: The advertisements you see on this page are based on either your browsing preferences or the words contained in the article. The author does not choose the ads that are randomly displayed, and assumes no responsibility for ads placed by Google.