Five Solas: Doctrines of Faith blog website is a Protestant based site based on the following assertions, otherwise known as the Five Solas:

To understand the importance of Christian doctrine, it is crucial to understand the key points in which Christianity is based on. Denominations differ based on various biblical interpretations. The following is a list of various important topics which are expanded upon and further explained throughout this website, based on our beliefs.

Doctrines of Faith represents core Christian biblical beliefs which are the central foundation of the teachings found on this website. Beliefs are as follows:

Chosen by God (Study on the elect) 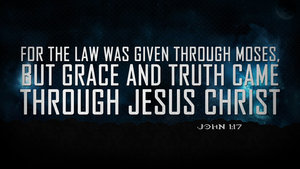 It is my earnest hope that the work of Doctrines of Faith blog will allow all who read it to be energized through the Holy Spirit, eager to seek Christ and know more about how He works, and fill hearts with the peace which can only be provided by God. My words cannot provide such things, but merely assist in planting the seed, so that the Holy Spirit of our Father in heaven may water the seed to produce fruit.

May our Savior Jesus Christ be with you always in your search for holiness. God’s grace to you and to all those throughout the land who make Christ their own.