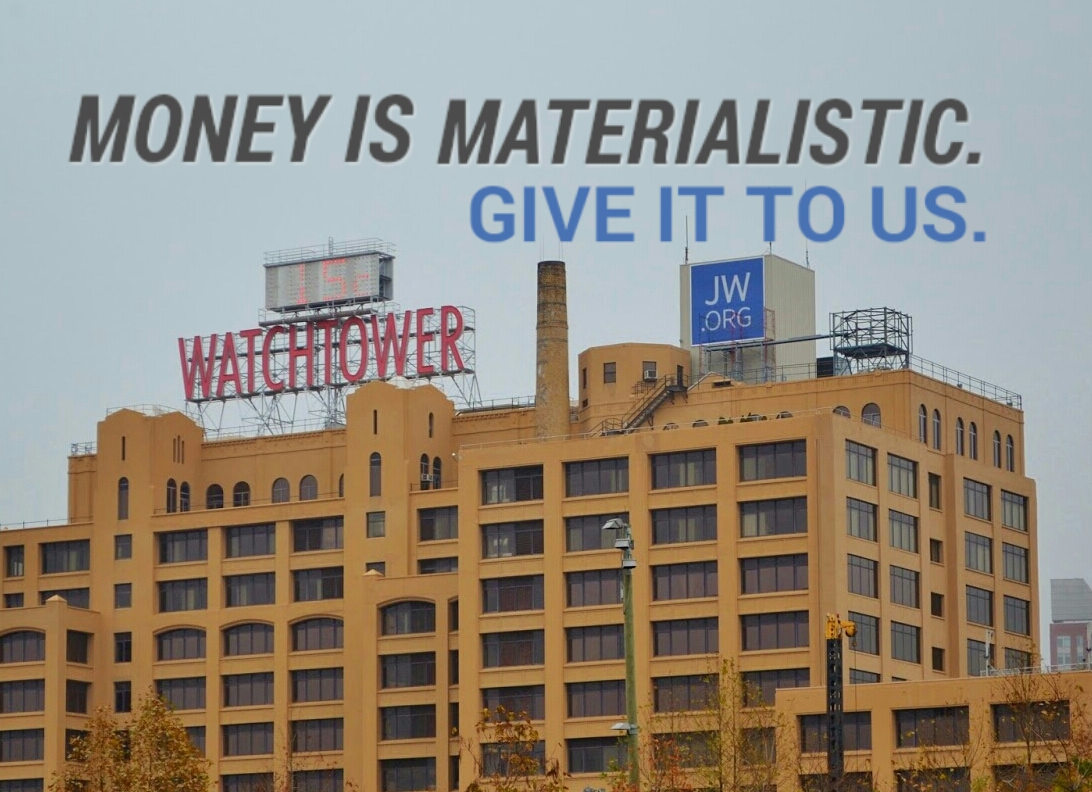 Watchtower Society of Jehovah’s Witnesses alleges they will donate 5.5 million to the infrastructure needed in Brooklyn, New York. A parking lot owned by Jehovah’s Witnesses was rezoned, and Watchtower Bible and Tract Society allegedly agreed to make improvements to the land, but it hasn’t happened yet. Bridge Park II is supposed to be converted to a skate park.

Curbed NY states, “In lieu of the zoning change, the Witnesses were supposed to convert Bridge Park 2, which is located next to 85 Jay Street, into a turf baseball field and a playground, as per the Brooklyn Paper. The plans also called for the creation of a lighted path from the subway station in the area to the Farragut Houses development. That was in 2004, and more than a decade later, none of that has materialized.”

A Brooklyn developer, Tucker Reed is the President of a downtown non profit development partnership. He stated that Watchtower was requested to donate 5% of their Brooklyn real estate profits to improvements needed. This would equate to 50 million dollars. Instead, they have offered a much smaller amount, with plans in place for a park which must still be approved by the city. Tucker Reed stated:

“We’re pleased the Jehovah’s Witnesses heard our call to give back to the community, but $5.5 million is simply not enough. Before they leave town and reap the benefits of property ownership in an area that has blossomed around them, the Witnesses should make a meaningful contribution toward badly needed public infrastructure in the neighborhood that helped bankroll its future.”

The Watchtower has saved potentially millions as a tax exempt corporation, while it has continued to invest in real estate, raking in millions in profit over the years. No taxes are paid on any real estate owned by them. From the savings, and from the amount they’ve made off of the real estate ventures, many Brooklyn residents, politicians and businesses feel it is unfair to offer such a small amount, when they have amassed such a fortune in Brooklyn.

The properties that are currently for sale on the market could bring hundreds of millions of dollars in profits to the real estate investing and book publishing company, Jehovah’s Witnesses Watchtower Bible and Tract Society. NBC News estimates a billion dollar profit.

Is it proper for churches to amass fortunes in real estate investment deals, while advising their members that they are desperate for financial help? Is such a thing fair when Jehovah’s Witnesses are are discouraged from higher education which could allow them to receive higher incomes?  They are advised to avoid college and focus on “serving God” which allegedly consists of promoting the company’s website, JW.org, while standing at Watchtower carts handing out literature. The Witnesses are advised to continue giving to Watchtower Society, as the corporation rakes in a fortune in donations, and invests in hotels, properties and even luxury apartment complexes. Meanwhile, the Jehovah’s Witnesses continue contributing donations which aid in Watchtower wealth building, while being told that the money goes to helping disaster victims and building Kingdom Halls. Most recently, it has been said that Kingdom Halls are needing to merge, creating “new congregations” while several are being sold off for Watchtower profits due to lower attendance.

Many Jehovah’s Witnesses are leaving the religion at high rates, as Watchtower has begun appearing as a commercialized cult. Meanwhile, Watchtower continues to make claims that they are growing, while refusing to provide the amount of members who have left the religious organization.

Former members are shunned by current members who are taught that ExJWs are satanic, and to be avoided as if they have a “deadly disease”. Former Jehovah’s Witnesses have increased in campaigns around the world to alert the public of their own dealings with the organization, as well as the religion’s shady history of false prophecies, vicious scandals, pedophilia, cult-like horrendous treatment of former members, crime, and more.

Jehovah’s Witnesses: Are They a Cult?

What Do Jehovah’s Witnesses Believe?