What is the Best Christian TV Show of All Time?

Little House on the Prairie 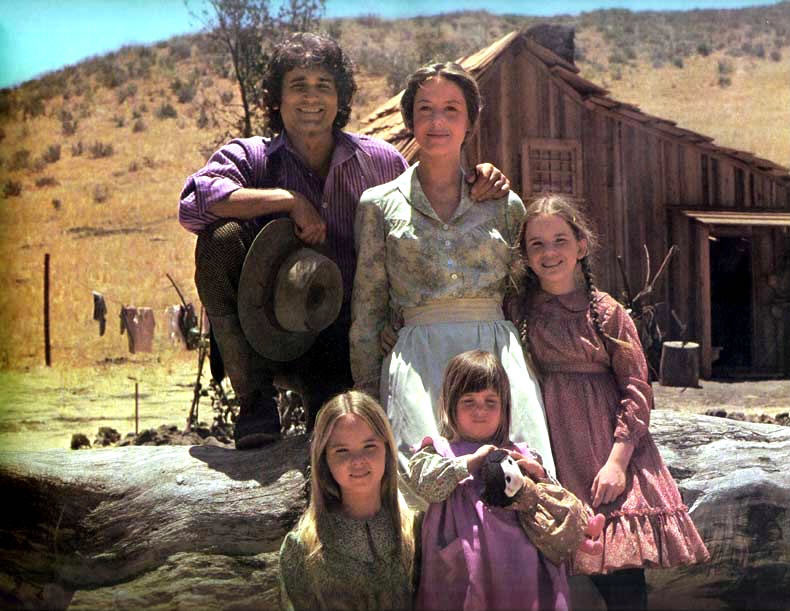 Wholesome TV doesn’t seem to come along much these days. Turn on the TV and one finds murder scenes, cursing, scandalous soap operas, and reality TV that doesn’t leave much to the imagination, other than who becomes the next idol. For many, my suggestion would warrant a good giggle, considering my fondness for sweet sights, sounds, and manners of yesterday. Horses hoofs trotting on dirt, squeaky old wood doors, homemade baked goods, chalkboards instead of iPads, and a friendly neighbor willing to help,  who asks nothing in return but a gentleman’s friendship. That’s my kind of happy, as seen in one of the best Christian TV shows of all time. In fact, I rank Little House on the Prairie #1. 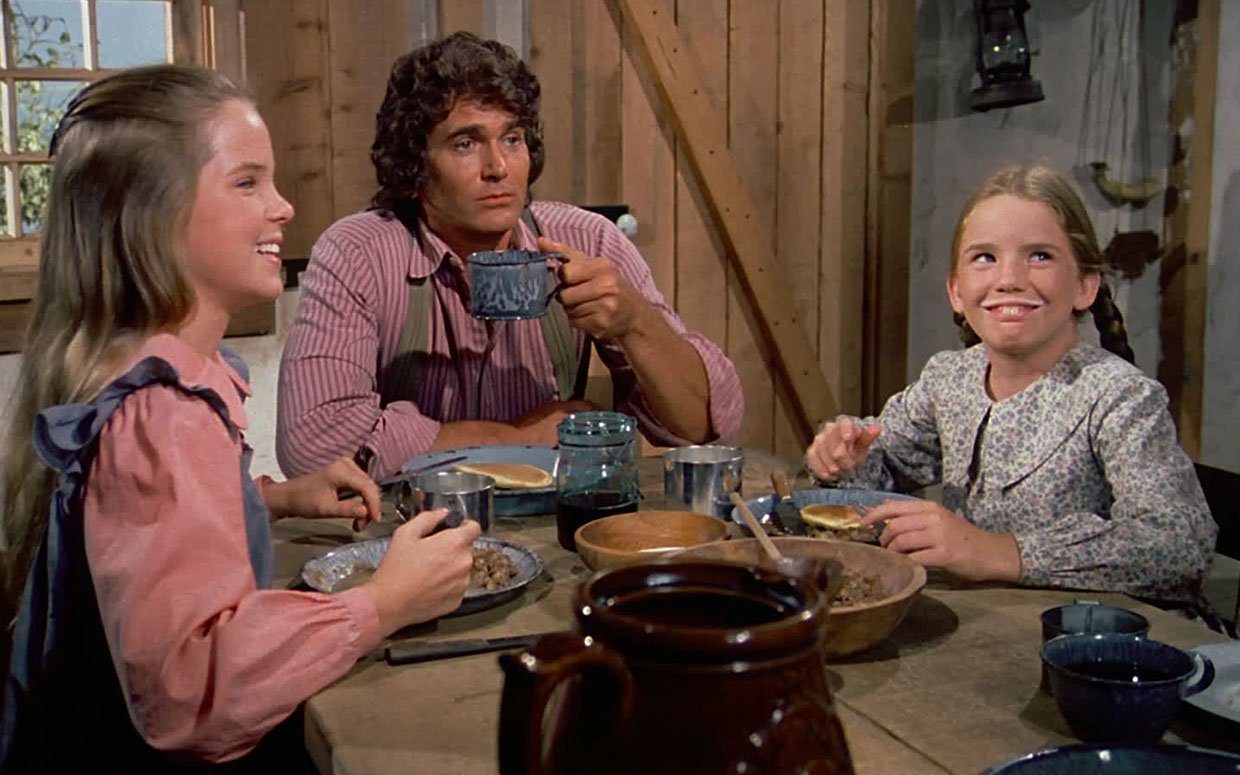 Then there were the hard times of war, hunger, bad weather, and poor crop seasons. Living required much harder work and adapting to tough situations every day. There were walks to the post office to mail a letter, rather than a quick car ride or typing words on a glass screen and hitting “enter”. Food was more natural though, as cupboards held jarred goods picked from the garden, and fresh grown ingredients from the farm. Even children respected their elders, addressing them as ma’am and sir. Not in all aspects of life could it be said that times were better back then, but still so many of us could only dream of such a gentler yesterday.

That is, until Laura pushed Nellie down the hill in her wheelchair. Or, when Pa got in a brawl because the townsmen got too touchy feely with Ma. But then, there were the moving moments when the townspeople came together and showed what we sometimes see so little of today… Togetherness and love. 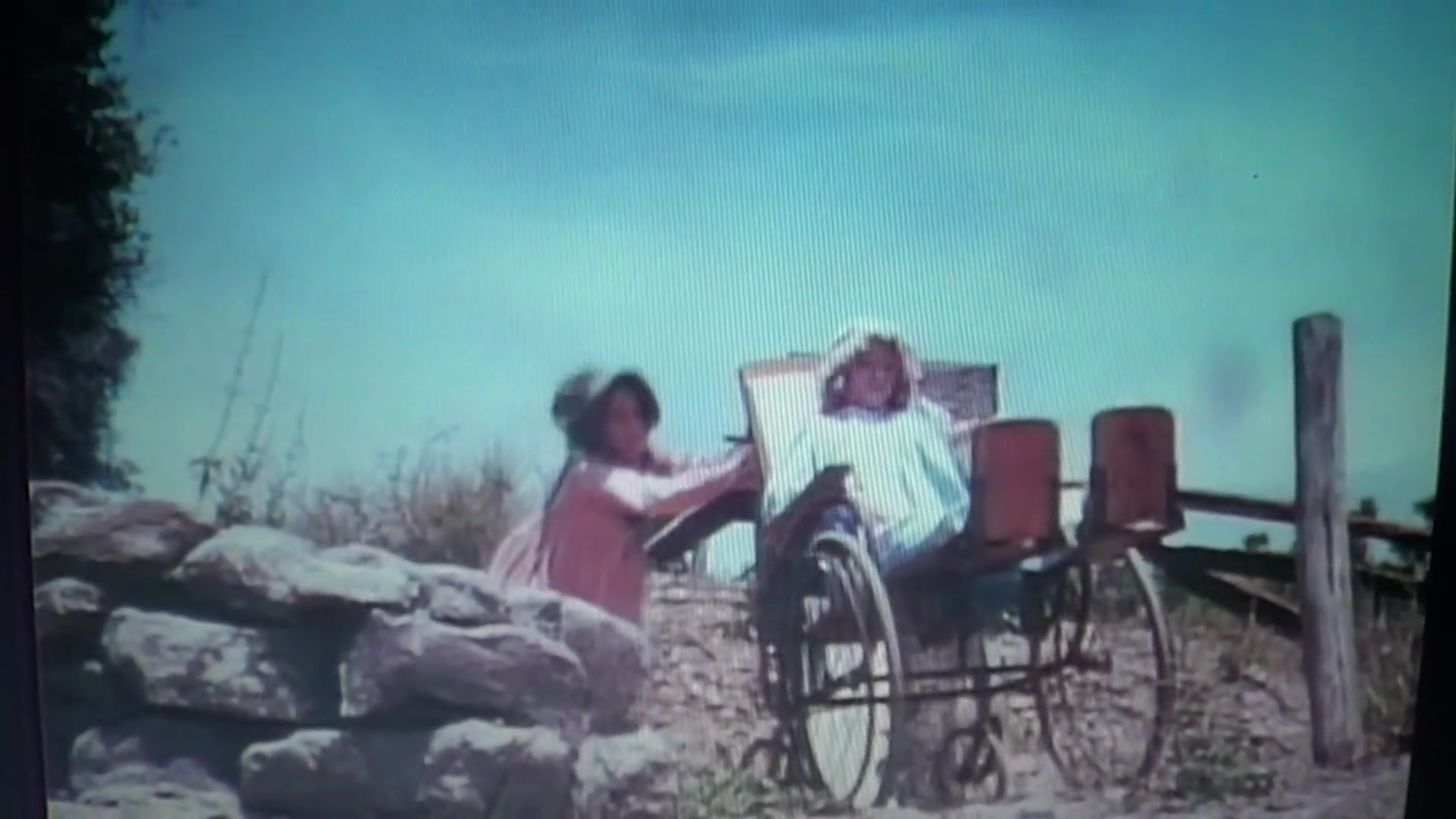 My choice for best, most wholesome TV series and best Christian TV show of all time is the infamous series of Little House on the Prairie, simply because of it’s ability to bring it’s viewers to a different place in mind and heart. One is able to smile, laugh out loud, appreciate yesterday, and even want to treat others in a more kind and loving way. Do the photos bring back fond memories of giggling or tearing up in front of your old bulky TV set? You’re not alone. Little House on the Prairie fans span the world by the millions, and it’s popularity seems to never fizzle. The series continues to capture and keep the attention of the masses, male and female, young and mature. 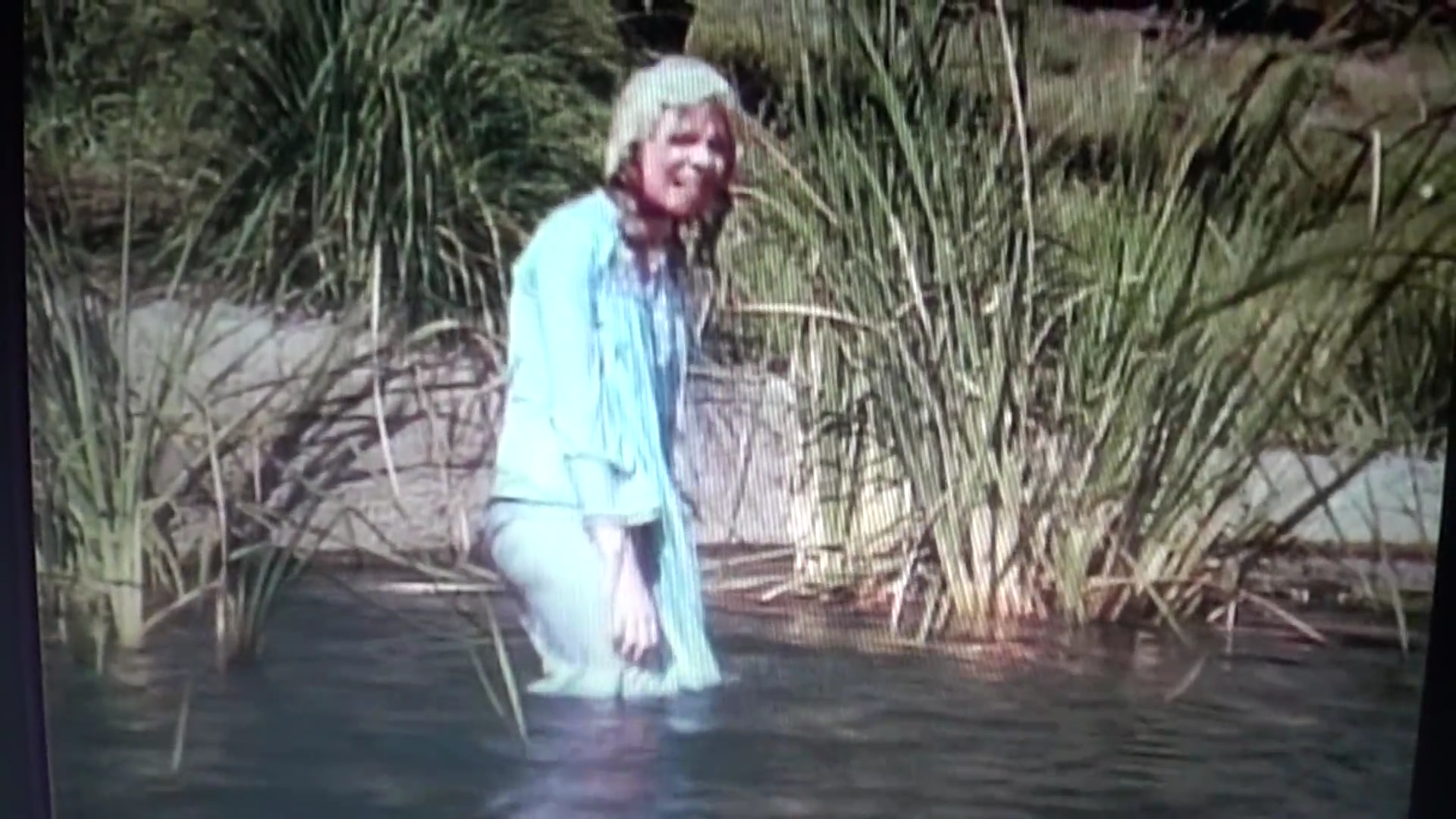 Even in the toughest times of life, there’s just something soothing about going back in one’s mind and recalling such a pleasant feeling that was triggered by Little House. Their church services were short on set, but the message was usually biblically sound and a gentle reminder of a wholesome life in Christ. “Onward Christian Soldiers” was a song the congregation sang the first day Mr. Edwards came to church, after getting past his Agnostic inner battle. Convinced by Caroline that he need not blame God for his past heartaches, Mr. Edwards found his faith in the Lord again. “Mr. Edwards, if you continue to blame God for what happened in the past, there won’t be any room for Him in your future,” she said.

(Caroline feels guilty, and likely felt she sinned by having too much pride when she bought fabric to make herself a new dress after Mrs. Oleson insulted her.)

“Now Caroline, why would the good Lord go to the trouble of making you so pretty if He didn’t want you to have a new blue dress?” -Charles Ingalls

(Caroline yells at Pa for working on the farm on the Lord’s day, and calls it sacrilegious that he didn’t attend church)

Ok, I admit I own the entire set of DVDs (and now they’re out on BluRay!) and sat through all episodes and seasons at least three times. Such a smile is bought to one’s heart when experiencing the sweet and warming embrace of Little House on the Prairie. I will never be ashamed of my ongoing fondness of one of the most famous series’ in television history. So, no picking on me! Pa Ingalls would tell you that you can’t go making friends if you’re gonna go pickin’ on folks. Of course, that never bothered Mrs. Oleson. (I may even offer up a few fun Little House on the Prairie extras in the near future.) 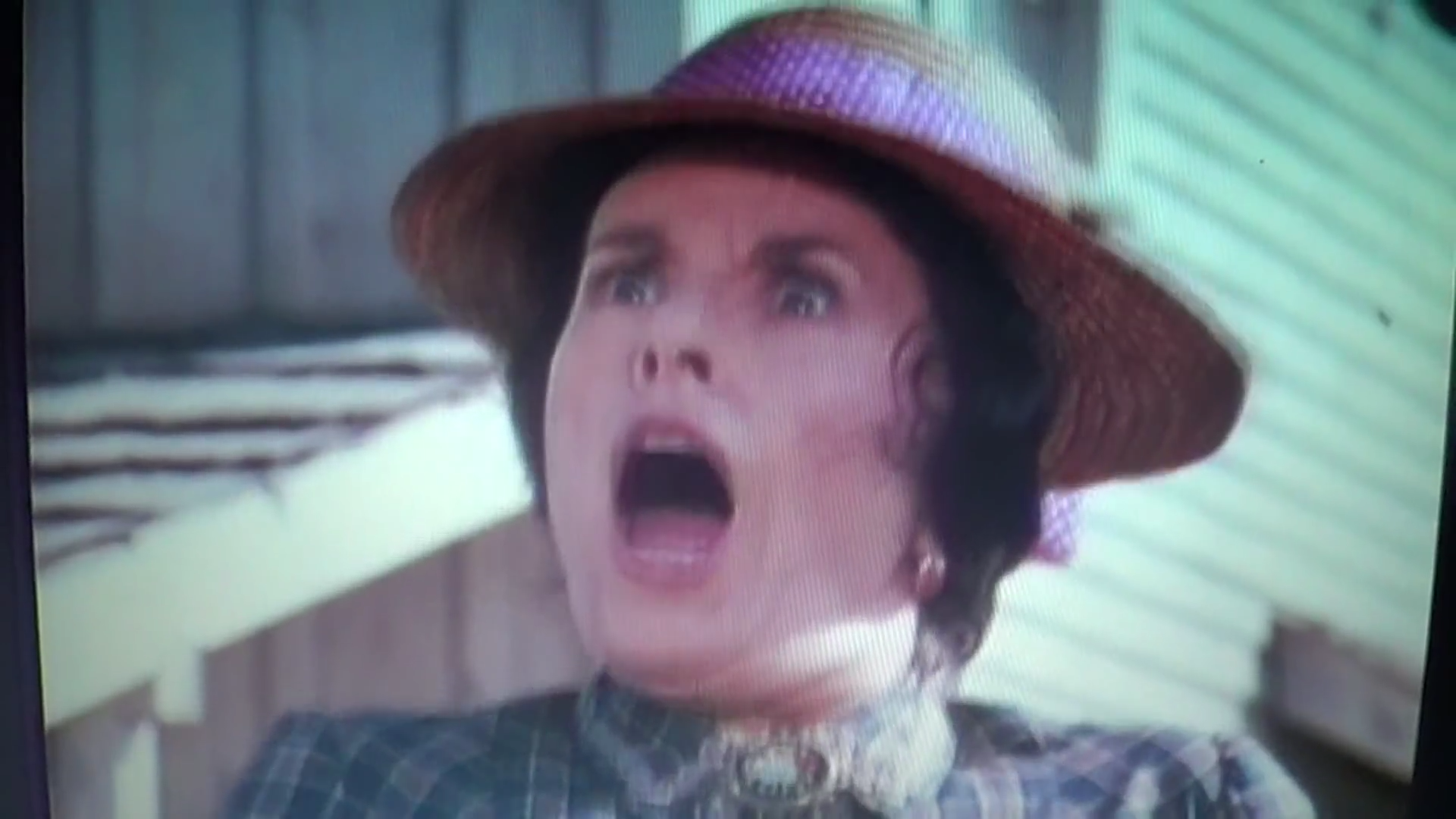 If you’re interested in buying the DVDs, links are below to easily find them. BluRays are also available, up to Season 5, as of June 2015. The remaining BluRays are coming out shortly.

Buy the entire Little House on the Prairie series, including the pilot episode: