How Do the Elect Get to Heaven? An Analogy for Salvation

The Elect: How Do They Get to Heaven? (An Analogy)

I discussed the topic of salvation in a video. Inside of the discussion, I discussed the elect class, those who are predestined to be with Christ in heaven after their death. (See: Predestination)

A listener politely asked the question, “What made them elect? What caused them to be elect? What did they do?” I thought to give a couple of analogies, for those who have not studied the topic much, or who have had a hard time with it. My answer to the listener was as follows. I hope to help readers who may be looking for a more simple way to begin to understand the doctrine of election. This doctrine is far from easy for many to understand, but can begin with a simple analogy.

“What made them elect?”

“… In regards to your thought process containing the question, “What made them elect? What caused them to be elect? What did they do?” I would like to just say what I believe, based on systematic study.

With that, the eternal plan included placement of a group of people in heaven with Christ. Almost as if an ingredient in the final recipe that completes the finished product. The plan of salvation must be commenced by the Originator, who always has been, and always will be. The “occupants” of heaven were known only to God. Their seats were saved. Their names were written in the Book of Life. They would be called “true followers”. To become true followers, they received a gift of calling by the Holy Spirit. Where the youtuber above makes Christians sound like puppets, such is a harsh slap to the holiness of the Divine Gift given by Christ. Puppets? No. Recipients of the most priceless and massive gift known to man, yes.

If one thinks about the reserved spots in heaven almost like a banquet hall with place cards set at each chair, it becomes more understandable. This is your reception room that you’re “invited to”. You know you’re going because it’s on your calendar (assurance of the saints), and you know there’s a seat for you. It is one that all are invited to because the announcement was made publicly (in reality, the invitation is the New Testament sitting on bookshelves around the world). However, God’s Sovereign plan, along with His foreknowledge, allows Him to know exactly who will be there. Some know already that they’ll be there, yet some haven’t seen the invitation yet, but will shortly see it. Some may hear of it, but will not arrive, because there is no place setting. There’s no place setting, because they are not written in the guest book. They aren’t concerned about this, which is evidenced by their denouncing of the reception.

Who arrives? Those whose names only God knows. Their names aren’t known by other men. They have been given the “gift” of the invitation. They did nothing to request the gift, because their names were already recorded on the guest list.

It is as if I send you one billion dollars. You don’t know me yet, but you will, when you see the gift I send you. You will want to know more about me and perhaps even look me up. You’ve received a pile of cash, deposited into your bank account. I leave town and disappear. There’s no way to give it back. You’re stuck with a billion dollars. You’re grateful, and you celebrate. You decide to share it with others, telling them about me who sent it to you. You tell them to share some as well. And on and on. That is the free gift of salvation that one does not have the ability to give back. While this may be a poor analogy, it is similar, that if one receives a billion dollars, they want to share it with others, much like Christians want to share the good news of the free gift of salvation IN and THROUGH Christ. If you truly love Christ and want to share His message, then you’re exhibiting signs that you are one of the elect “class”. You didn’t do anything at all to deserve being written in the Book of Life. You’re a mere human, and have no knowledge of such a gift, unless the Providence of God (His acting and overseeing, allowing, and prompting) is to first be in motion.

Pardon my lengthy explanation. I felt it best to be as clear as possible. The point is, you did nothing to be recorded in the Book of Life (heaven’s guest book), and your seat at the table is marked with your name until the day you arrive. In the meantime the Lord sends you all necessary things to be prepared for the banquet. You’ll receive them and know that when the chariot arrives to pick you up, you’ll be on your way. Be on the watch, look out the door and wait for the chariot, but don’t complain that the chariot is running late (Matthew 24). Just know that when He gets there, He will make a loud sound and you’ll know it is the day you’ve always waited for.

I hope this helps you or some other reader who could appreciate an analogy. God bless.” 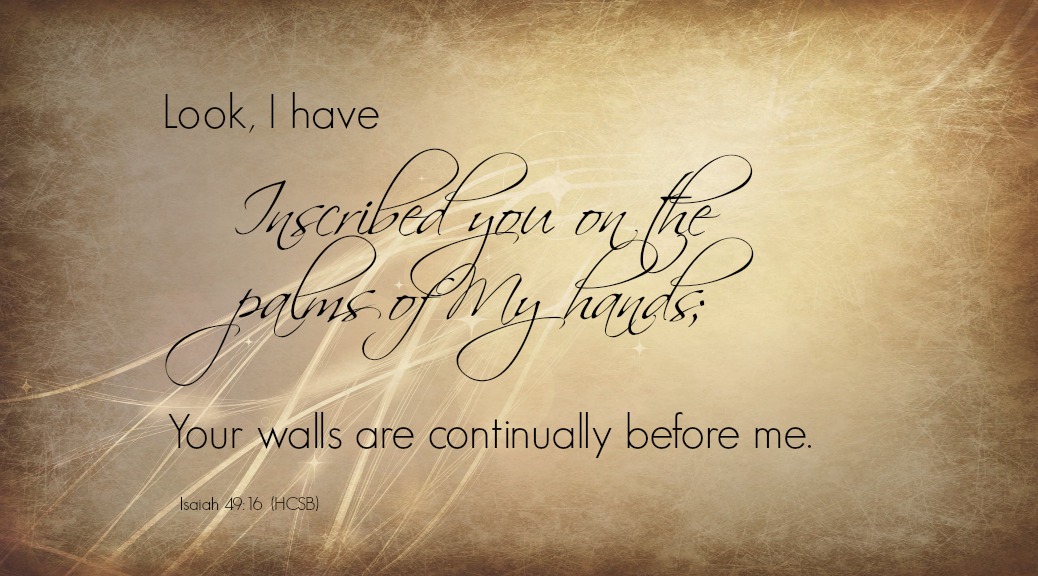