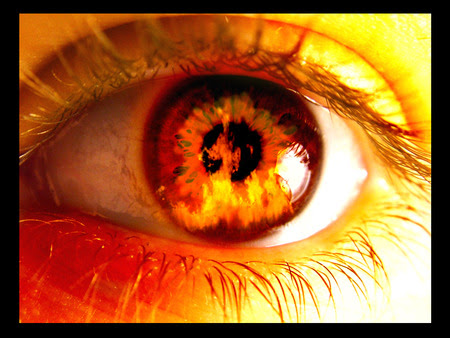 If you’re unfamiliar with Jehovah’s Witness beliefs, here are some basics that may answer some of your questions. Readers are especially advised to closely examine these truths if they are considering studying the bible with, or joining Jehovah’s Witnesses. It is also advised that you share these facts with others, should they encounter a Jehovah’s Witness at their door.

Question: What do Jehovah’s Witnesses want when they come knocking?

In short, they want you to join their religion. Each person that answers the door is a prospective recruit. They will provide you with magazines, talk to you about the bible, and if you don’t want to let them in, they’ll leave. If you talk to them, and are friendly, they’ll come back, unless you ask them not to return. Inevidably, they have a goal to convert you by means of baptism into their religion.

Question: Why am I seeing Jehovah’s Witnesses suddenly leaving their magazines all over?

Jehovahs Witnesses launched a marketing campaign in 2014 designed to capture the world’s attention, invite the masses into their Kingdom Halls and hopefully get more members. The JWs have lost many members. Though they state that their numbers are growing, there is no proof of this claim. The Watchtower Society, which operates Jehovah’s Witnesses, made an attempt to turn their image around, and they spent millions in advertising campaigns and new updates to change their marketing brand. After many leaving due to their excessive history of false prophesies and coverups, it is assumed that they wanted to create a new image in the public eye. Hence, they launched a campaign with various strategies to try to gain more attention through a more “modern” image.

Question: Does the Watchtower Society want money from me?

Yes. The want people to donate as much as possible to them. JWs are made aware that they may donate cash, jewelry, real estate, personal property of value, stocks, and other valuables.

Question: Are donations made to Jehovah’s Witness tax deductible?

Question: What do the Jehovah’s Witnesses do with the donations? Do they really invest in real estate?

The JWs owned and sold millions of dollars in real estate in Brooklyn, NY. They are also said to own stock of various types. They recently purchased multiple pieces of real estate for their own use, for Kingdom Halls. However, they have also purchased townhouse complexes, and large commercial properties. They made a sizable multi million dollar purchase on a new Headquarters in Warwick, New York. They are involved in multiple lawsuits against them, where victims have begun stepping forward to admit they were sexually molested by elders of the Jehovah’s Witnesses. Donations can be used to pay off lawsuits, to invest in real estate, and other investments. They also claim to be in dire need of additional Kingdom Halls, however there is proof that during this claim, they were purchasing real estate, unbeknownst to members who believed their money was going to Kingdom Halls. They call the donation pool their “worldwide work” funds.

Question: Does the Watchtower Society encourage or promote donating to charities outside of their own organization?

No. If a tragedy strikes such as a weather related disaster, JWs will support other JW victims. They do not encourage donating outside of the Jehovah’s Witness Headquarters’ funds. They do not take part in food pantries, Red Cross, shelters, fundraisers or charities for others as an organization. Some members may donate privately, however they are strongly urged to give their money directly to the Watchtower Society.

Question: How much money in lawsuits have the Jehovah’s Witnesses been ordered to pay?

The exact amount is unknown. But throughout history, and up until today, the amounts of judgements are in the multi millions, with several more pedofilia lawsuits in progress.

Question: What are Jehovah’s Witnesses allegedly being sued for?

Courts have found that the Watchtower Society is guilty of learning about pedofilia in their churches, and covering it up with confidentiality procedures, rather than addressing the serious harm to children. Victims have been advised that they require 2 witnesses to prove a crime was committed. This is based on a scripture in the bible, which was taken out of context by Watchtower Society. While sometimes the molesters of innocent children were expelled, or disfellowshipped from the church, this is not always the case. The Watchtower Society believes that they have the authority to make a personal judgement on whether an accused child molester should fall under the category of a sexual predator. If they do not feel that the accused is at fault, they will not disfellowship them. Police are not required by law to be contacted, because they do not fall under “mandatory reporters” in most states. They are advised to call their legal department at headquarters, and discuss the situation with no one, if a molestation allegation comes to light.

Question: Is it legal for Watchtower Society to hide crimes and not call police if they learn of one?

Yes, (in many states in the USA) because they are considered a church, and in most cases they are not required to report information to police. Nor is it illegal for them to have a private manual for elders which instructs them on how to treat individuals accused of crimes. Mandatory Reporters do not include churches, but rather include physicians, nurses, teachers, school personnel, counselors, and the like. See laws in your state for specific details for your area.

Question: If a Jehovah’s Witness is accused of molesting a child, are they still allowed by the church elders or leaders at headquarters to come to my door?

Yes, they are allowed.

Question: What do I have to do to become a Jehovah’s Witness?

You must attend their church. You must not belong to another church at the time you make a decision to become baptized as a Jehovah’s Witness.

Question: Do Jehovah’s Witnesses really abstain from celebrating all holidays?

Yes, as they feel most holidays or national days of recognition are pagan, or in some way unbiblical. There are no Jehovah’s Witness holidays. They may celebrate wedding anniversaries.

Question: Do JWs go to war?

No. They do not take part in war.

Question: In your opinion, do the leaders control the minds or actions of the members, based on rules of the church?

Yes. JWs are taught that their leaders have a direct link to God, and that if one leaves JWs, they left God. If one violates the rules of the church,  they are advised that they may die in Armageddon if they don’t repent and return to the Kingdom Hall and prove they’re sorry. If they return to the Kingdom Hall, other members will not speak to them unless or until it is known the the accused party has been reinstated as one of Jehovah’s Witnesses.

Question: What can people get excommunicated (disfellowshipped) for?

There are many grounds for disfellowshipping. Usually though, disfellowshipping happens when you “don’t march in unison” with the congregation, or if you object to their teachings. This topic will be covered in a separate post.

Question: Does the Jehovah’s Witness history reveal a string of false prophesies, or is this just a rumor?

Question: If I was a Jehovah’s Witness and couldn’t do what I wanted, I would just leave. Why do people stay?

This question is typical. The reason most stay is because if they leave, they can lose their communication with family through extreme shunning. Other reasons are due to fear of God, which has been planted in their minds by the leaders of the JWs, the Watchtower Society.

Question: Does mainstream Christianity, including pastors and ministers, typically believe that Jehovah’s Witnesses are a cult?

Yes. It is commonly understood that the JWs are a cult.

Question: Do Jehovah’s Witnesses think they are a cult?

Question: Do former Jehovah’s Witnesses think JWs are a cult?

Yes. My most recent survey revealed that 99% of the former JWs believe that they were in fact victims of a brainwashing cult.

For those who have been affected or harmed by Jehovah’s Witnesses, you may go to Ex JWs International on Facebook for support. It is a private group.