This article will state the facts regarding more errors found in the New World Translation, which was released by Watchtower Society of Jehovah’s Witnesses in 2013. It will also examine the scriptures of the New World Translation version of 1961. Compare the scriptures for yourself using the resources provided, or other resources that you have available.

The Watchtower Society has modified words in the bible and replaced it with the word, apostate. By definition:

Definition of apostate in English:

A person who renounces a religious or political belief or principle.
Source: Oxford Dictionaries

The word “apostate” is referred to in a couple of different ways. The English dictionary refers to it as stated above. Others suggest that it refers to one who turns against God (to atheism). The Jehovah’s Witnesses teach that it means that a person “turned away from Jehovah”. However, one who turns away from God no longer has a belief in God.

Jehovah’s Witnesses teach that if you leave their organization, you automatically leave God Himself. In essence, they are teaching congregation members that former Jehovah’s Witnesses are all atheists. What gives this away, is if you ask them if they believe that all former JWs are atheist, they will likely say, “they left Jehovah when they left ‘the Truth’ (they refer to themselves as ‘the Truth’, a term which Jesus assumed for Himself; “I am the Way, the Truth…”) because they liken their organization to a direct affiliation with God.

So, in a nutshell Watchtower Society teaches: former JWs left God. (Atheist) However, many former Jehovah’s Witnesses actually can attest that they are nowhere in this category of having no belief in God. In fact, many have a stronger belief in God than they ever did as one of JWs.

It is no secret that there are numerous changes, replacements and omissions in the 2013 New World Translation. The most prominent being John 8:1-11 which has been completely removed. The Watchtower and JWs claim that this was a passage of debate, as some expert translators do note in their translations that this passage may not have been placed properly in this part of the bible. Rather, it may have belonged in another section, likely Luke.

*1961 New World Translation: Begins John 8 with verse 12, but includes John 8:1-11 below the passage, and acknowledges that some manuscripts omit John 8:1-11. In this case, it is my opinion that this version of the NWT was correct in leaving the scripture placed where it is.

The scripture has not been removed from other translations, due to the fact that most translators dare not violate Revelation 22:19 at the risk of being incorrect, and taking away from the word of the bible. The repercussion stated in scripture is losing out in heaven. The Watchtower, however, has ignored this scripture warning, likely because the Governing Body states that God personally directs them.

The word apostate was used in the 1961 version, but then some of those scriptures were changed back again, as seen in the 2013 version.

The New World Translation, intentionally added the word apostate to their bible in the following scriptures, taken from their website, which shows the 2013 version of the NWT. The 1961 Version also shows the word apostate in the passages below, as well as additional passages.

Source: The New World Translation of the Holy Scriptures. (Scriptures spelled out below are copied from the JW.org website and do not match the clickable links of the scripture itself. Clickable links are provided by ESV Bible translation. Click the scripture link to see how the ESV version reads for each scripture.)

Proverbs 11:9 By his mouth the apostate brings his neighbor to ruin, But by knowledge the righteous are rescued

Isaiah 10:6 I will send him against an apostate nation, Against the people who infuriated me; I will command him to take much spoil and much plunder And to trample them like mud in the streets.

Isaiah 9:17 That is why Jehovah will not rejoice over their young men, And he will have no mercy on their fatherless children and their widows Because all of them are apostates and evildoers And every mouth is speaking senselessness. In view of all this, his anger has not turned back, But his hand is still stretched out to strike.

The word apostate is intentionally added into the above scriptures in the 1961 and 2013 versions of the New World Translation.

* The 1961 New World Translation also injects the word apostate into:

However, these scriptures are changed back in the 2013 New World Translation, correcting the word, and instead using “godless” or “ungodly”, as it should be translated. They did not, however, treat the scriptures in Proverbs and Isaiah the same way.

The Jehovah’s Witnesses Watchtower Society has changed the word to say “apostate”, which is an entirely different meaning of the Strong’s H2611 word, chaneph, found 13 times in the King James Version, as well as the widely accepted most accurate translation, the NASB. What does this mean? Read the verses again. If the word is most commonly translated to “hypocrite” 13 times in the most accurate word-for-word version, then there is a reason that the Watchtower translated the word to imply a word used for former Jehovah’s Witnesses.

With this being clarified, JWs have taken the word for hypocrite and likened it to an atheist, by their own terms. In the dictionary, a hypocrite is stated to be: (Source: Mirriam Webster)

: a person who claims or pretends to have certain beliefs about what is right but who behaves in a way that disagrees with those beliefs

Hypocrites pretend to have certain beliefs. Strongs H2611 also refers to Godless (atheist) or Ungodly (acting in a way that shows defiance against God). Nowhere does this word translate to apostate, (renouncing a religious belief).

Apostate does not mean hypocrite.

Apostate does not mean godless.

Apostate does not mean profane.

The word Apostate was added by the Watchtower Society to these scriptures, where it does not appear in any other bibles that are readily found in the top 15 translations. 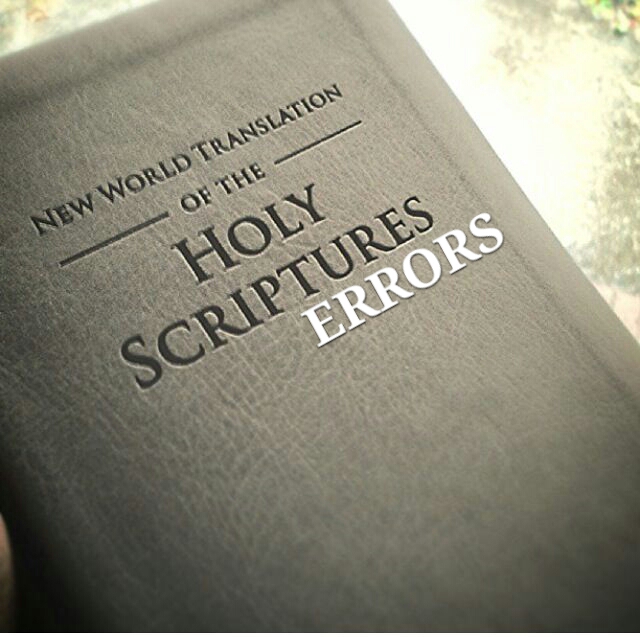