Mormon Cult Parents May Be Charged in Child’s Death

35 year old Collet Stephans admitted to giving natural medicine herbs and remedies to her toddler when he became extremely sick. Among the ingredients given to the child were olive leaf extract, maple syrup, and a mixture of vinegar, hot peppers, onion and various other alleged remedies.

Baby Ezekiel’s parents David & Collet Stephan operate “Truehope Nutritional Support”, a natural herb company. The company claims that mental illness can be managed by one of their supplements, which the Canadian Government issued warnings about. The government had previously tried to stop the company from distributing it in 2004. The supplement, “Empowerplus” was the same one given to the dying toddler. The child wasn’t taken to the doctor during his two week illness. He became lethargic,  and eventually stopped breathing before he was finally taken to the hospital. Five days of life support was unsuccessful. Interestingly, the website for Empowerplus states at the bottom, “These statements have not been evaluated by the Food and Drug Administration. These products are not intended to diagnose, treat, cure or prevent any disease.”

Police charged the couple in early 2013. Because of lawsuit against them, the couple is asking for money on their Facebook page, and trying every possible way to avoid accepting any blame. In addition, they repeat themselves by using similar words in their posts, such as how the media is “painting” them. They do not fail to mention their forgiveness to all who are judging them, yet they are in full defense of themselves.

“Like any other good parents, we attended to the matter and treated him accordingly to standard practices and recommendations like millions of parents do each year,” he said.

He also said that medical responders took 40 minutes to arrive after the 911 call, and they lacked the necessary equipment to save the baby. Blaming the EMS after a child was sick for a couple of weeks is likely seen as a ludicrous statement, considering it took the child to stop breathing before the parents sought medical help. But, why? Why would a grown man and woman with any wits about them completely avoid medical attention when a child becomes so sick? 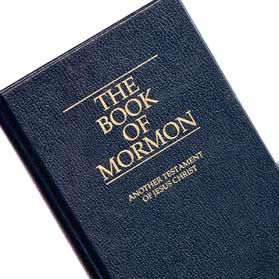 While the news and social media comments are packed with annti-vaccine rhetoric, there remains a concern that is not getting the attention it demands. The child’s parents were Mormons. Mormons are considered a cult by the International Cultic Studies Association, as well as numerous other individuals, associations and scholars who specialize in cults.

The founder of Mormonism (Church of Jesus Christ of Latter-day Saints) was Joseph Smith, a Freemason who believed that he saw God, Jesus, and angels, and had the gift of prophecy. He believed a prophet spirit called Moroni visited him and told him where to find plates that revealed holy information. Joseph Smith alleged to have done more for the church than even the apostles, including the Apostle Paul.

Mormons also believe that God got married on another world and brought his wife to this world. The offspring of God were taught by Smith to be Jesus and Lucifer. People who die as Mormons are also believed to become gods.

“I preached to a large congregation at the stand, on the science and practice of medicine, desiring to persuade the Saints to trust in God when sick, and not in an arm of flesh, and live by faith and not by medicine, or poison; and when they were sick, and had called for the Elders to pray for them, and they were not healed, to use herbs and mild food.” -Joesph Smith; September 5, 1841, Documentary History of the Church, Volume 4, p. 414.

Joseph Smith distinctly preached against medicine and was a proponent for herbs. In the 1840’s, he established a Board of Health that advocated for herbs to be used as medicine. He specifically appointed a nurse Ann Carling to administer an herb-only regimen to those who were sick. She was later known in Utah to be an “herb doctor”. A Dr. Calvin Crane was also brought in to make pills out of roots and herbs.

LDSmag.com also promotes health products after quoting Joseph Smith’s accomplishments. Along with the ability to order on their website, they boast of rave reviews and testimonials which are meant to push the buyer to obtain a “miracle tea”. The same website offers readers $75 to sell their products. For this reason, it’s difficult to find “bad” reviews on the tea, as most websites are positively promoting it in order to make money.

LDS.org, the Mormon’s main website, teaches instructors how to teach regarding sickness by referring to the Mormon Doctrines and Covenants, 42:43-52. The website also states, when instructing students:

The explanation then goes further to say that they don’t dismiss physicians, or medical practitioners. However, it is clear by the wording that mind control is absolutely in use throughout the website reading. The teacher is specifically to instruct the students to read certain passages about “God’s way” of healing. They then say,

“Of course we don’t wait until all other methods are exhausted before we pray in faith or give priesthood blessings for healing. In emergencies, prayers and blessings come first. Most often we pursue all efforts simultaneously” (“Healing the Sick,” Ensign or Liahona, May 2010, 47). -LDS.org

Further review of the above Mormon text “Healing the Sick” (linked above in the quote) however, continues on with pushing “faith” under the subheading of “healing the sick”. This will obviously put the central focus on believing in miracles if one is sick, rather than visiting a doctor.

The methods used by LDS are not incomparable to the methods used by Jehovah’s Witnesses Watchtower Society. The Mormon leaders can cover themselves legally using text on their website, (ie: Mormons: “We allow doctors…”; And Watchtower: “We don’t shun former Jehovah’s Witness members..”) but further investigation reveals otherwise. The mind control of the cults coerce members by cherry picking scriptures and pasting them in their teachings right after clearing themselves legally of any responsibility. This is a form of legalism, using “herb” scriptures to coerce modern members into following the teachings of the original cult leader. As an example, the Mormon website continues on in their above statement by saying,

“Many Latter-day Saints have experienced the power of faith in healing the sick.”

A long testimony of miracles is then provided, using other churches as “backup” of the claims. Keeping in mind, the article is being read by individuals who are learning about healing of sickness. The reader is then further prompted to simply have faith if they are sick; not to visit a doctor. They are told to have faith when sick and have others pray. They then reference the Book of Mormon, saying:

“Truly, as the Book of Mormon teaches, God “manifesteth himself unto all those who believe in him, by the power of the Holy Ghost; yea, unto every nation, kindred, tongue, and people, working mighty miracles … among the children of men according to their faith” (2 Nephi 26:13).”

It is not difficult to those trained in cultic practices to see that organizations such as Jehovah’s Witnesses and Mormons have a discreet, yet effective way of controlling members. Such may be the case in the above story, where the Mormon parents used herbs, stayed away from doctors, and asked for “healing prayers” from their social media followers. The Mormon couple also actively promotes their company product name on their page after advising readers that they’re encountering legal costs of $1000.00 USD per day due to prosecutors claims that the child should’ve received medical care.

While many may picture Mormon people to be nice, kind, sweet people, there is much to be said about the organization of the LDS church which has them brainwashed under cult influence.

The effects of Jehovah’s Witness no-blood policy has caused an unknown number of deaths due to legalistic doctrinal teachings which Watchtower teaches using Old Testament laws that were exercised in a different time and culture. Scriptures may be either taken out of context, or misapplied to today’s culture. For instance, we no longer kill animals and lay them on an alter to be forgiven for sins.

It is unknown how many deaths have been caused by various legalistic doctrinal teachings of the world’s cults.

It shall be noted that Doctrines of Faith does not dismiss “miracle by faith” claims. In fact, I have written and taught on faith as being the #1 most important part of the Christian’s salvation which leads to eternity with Christ. Also, the bible does speak of herbs, just as it speaks of the importance of faith. However, when an organization goes beyond what it written in the bible and develops their own teachings which may in fact lead to death, then that organization must be examined critically and put under the watchful eye of authorities. Nowhere in the bible does it say that medical science should be avoided. Now where does the bible make claims that herbs should replace physicians. While many herbs have helped people to get better, one need not play with one’s life when the good Lord allows our bodies to show us signs that something isn’t right. Many “faith healer” scams have been exposed over time, and many alleged “ministers” have profited immensely (financially) from donations given to the church. That said, it is imperative to note the signs of a cult, just as much as it is important to note when it is time to go see a doctor. Either one can save your life.

The author of this article is a member of International Cultic Studies Association, and is an activist advocating for the proper treatment of members of the church. Teachings throughout this website are based on the Holy Bible, and the basic essentials of the Christian faith.