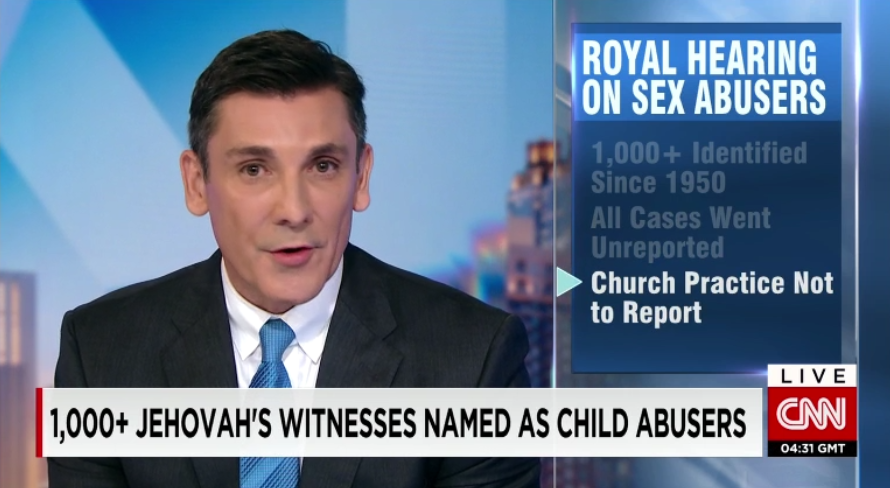 Who Are We Calling a witness / Witness of God? Listen to Your Own Words.

This is probably going to screw with your head for a minute, but bear with me. Read this through. It will make sense by the time you get done reading. Something just occurred to me and it is the perfect smokescreen.

The Watchtower wants each member to be known as a “witness” of God. Call Him Yahweh or Jehovah, but that’s beside the point.

If Bob is a secret pedophile who is still knocking on doors, then Bob is introducing himself as a “witness” of God, and the Watchtower is responsible for the title he gives himself. Yet, Bob is unrepentant and he’s oogling children because he is a sick man, while knowingly referring to himself as a witness of God. He has tricked everyone into thinking he is a man of God, or a “witness” of God, all under Watchtower’s command, because they control his thinking.

Making Men Guilty by Use of Title

Any and every JW who doesn’t know what Bob is doing tells everyone else that Bob is a “witness” of God, all because of the “title/name” that Watchtower picked for their religion. Are hundreds of people in Bob’s congregation unknowingly lying when they say that Bob, or, Tom, Dick or Harry, is a “witness” of God? That “light” hasn’t gotten bright yet. They’re in the dark, and there’s no “lights on in a pedophiles house” so they’re all none the wiser.

That said, all who are making wrongful decisions as elders, all who are getting away with crimes, all who are persecuting Christian churches, all who are disowning and abandoning their former JW family members, and all pedophiles who have been hidden by Watchtower are all being called “witnesses” of God.

The Watchtower Bible and Tract Society knowingly allowed the title of God’s witnesses (aka Jehovah’s Witnesses) to stay attached to the accused pedophiles, purposely allowing the pedophile to “muddy God’s name”. Do you see where I’m going with this? They have been calling pedophiles “witnesses” of God while those filthy men go off molesting kids. Watchtower wanted to “keep the congregation from reproach” by not reporting it or disfellowshipping the accused. In the meantime, they allowed such a title to continue, due to “lack of two witnesses”, which is another scripture passage taken out of context in order to fit their indoctrination. But I digress.

The False Witness is Who?

Inside their own title is a hidden lie,  if the leaders falsely prophesied, and still call themselves “witnesses” of God. They are “false witnesses”, and those who call a person a “witness of God” without being able to read that person’s heart may be guilty of bearing false witness themselves. While I don’t believe this is a sin that could cost one their salvation, it is worth taking note, and realizing how the Watchtower Society has tricked millions into taking God’s name in vain. Isn’t that what one is doing when they speak God’s holy name attached to those who reject salvation by faith alone?

If you think about it, calling a pedophile or a murderer a “Jehovah’s Witness” whether or not they were baptized into that cult, makes the person who claims it to be so… a liar who bears false witness. What else shall we call them, then? There is no answer that comes to mind which shall be appropriate, as we are identifying them by their religious belief set. Nevertheless, one has to wonder if they are falsely labeling vicariously through a simple title, “Jehovah’s Witnesses”.

*Click the scripture above and read it carefully. How Jesus went was said to be how He would return. And yet the JWs don’t believe man has the ability to see Jesus Christ when He returns, because they believe differently due to Watchtower mind control and ignorance of scripture. (See a video which supports this claim here, when a man discusses Jesus’ return with two elderly JWs.) Look at the actual words of Jesus and He describes who His “witnesses” are.

“And you shall be My witnesses…. And after He said these things, He was lifted up while they were looking on, and a cloud took Him out of their sight….”

Proverbs 12:17 “He who speaks truth tells what is right, but a false witness, deceit.”

Jeremiah 29:23 “.. because they have… spoken words in My name falsely, and I did not command them; and I am He who knows and am a witness,’ declares the Lord.”

Yes, I do think about these things. And the “light just got brighter.”