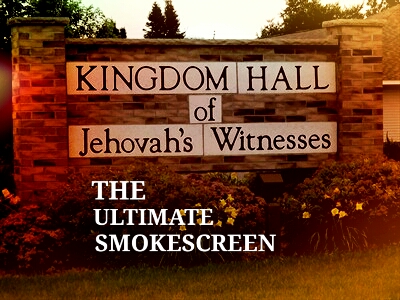 Here are some Jehovah’s Witness beliefs and practices which have been tested against the bible. The following Watchtower teachings have proven to be not only unbiblical, but possibly even Satanic.

As you go through this review, remember Matthew 25:40 where Jesus explicitely says that whatever you’ve done to others, you have done to Jesus Christ.

Anyone who is part of an outside Christendom denomination is “pagan”, “demonic”, or “enemies of God.

Bible Teaching: Christians who are among the “elect” (chosen) are all sons of God through faith in Christ. Baptism “puts on Christ” assuring that all who have faith in Christ are “one”. (Click to briefly read the exact words used in Galatians 3:26-29)

Anyone who willfully leaves Jehovah’s Witnesses religion follows satan the devil, and they should not be spoken to. Neither shall anyone even say a greeting to them.

The Watchtower chose a scripture in the New Testament to support this doctrine referred to as alienating or shunning. This is taken from 2 John 1:10.

Bible Teaching: The book of 2 John is very specific in it’s nature, and is written to an elect woman and her children. The letter refers to a warning against a teaching known in early Christian history as docetism. This is the teaching that suggests that Jesus Christ did not come in the flesh but only appeared to be human, and that there was no real incarnation. Docetism suggests that there is no divine Savior who was able to die for sinners, and that Christ only seemed to die. This is thought by some scholars to be a form of Gnosticism, which portrayed salvation as an experience of a person; an esoteric revelation or “gnosis”, meaning knowledge.

The Watchtower Society uses the scripture in 2 John to suggest to Jehovah’s Witnesses that anyone who leaves or is removed from the organisation should be alienated from and shunned by all Jehovah’s Witnesses. They are to be treated as if they are dead or non-existent. This is a blatant gross distortion of the scripture in which the writer of 2 John warns a woman against the belief that Jesus is not the Divine Savior to men.

If your brother sins, and we disfellowship him from the church, then you must trust our ruling, and stay loyal to the organisation.

Bible Teaching (Galatians 6:1-5) If one is a person of faith, they should restore someone who is overtaken by sin. Each one should examine himself, and bear his own load rather than pointing the finger at themselves as holy.

Bible Teaching: Galatians 2:17-21 Justification is the act whereby God pardons the sinner, accepting them as righteous people. Though we are justified by Christ, we are all still incapable of perfection, and will continue to sin. This gives us humility and proves no one is above or beyond sinning. Jesus bore our sin on the cross. (Galatians 5:21)

Once someone is removed from the church, don’t associate, say hello, or even eat with them.

Bible Teaching: 1 Corinthians 5:1-12 is the reference. The letter here was written by the Apostle Paul to the congregation in Corinth (a huge, corrupt city), which had developed serious issues such as division, disorder during worship services, church teachings, and asceticism. Paul had already written a letter which likely addressed internal issues. Problems consisted of gross immorality, lawsuits and divisions between Christians, and insults hurled at Paul himself.

Fact: 1 Cor 5 specifically gives us a clear picture of a man who is having sex with his mother (may also refer to a stepmother). The particular sin he was speaking against was incest. The people in the church had no concern or regard that the culprit might be removed from them, but rather took pride in tolerating it. (v. 6). This was likely giving an image of the entire church of Christians as one who tolerates and possibly even accomodates incest. Paul tells them to purge out the old leaven, or, expel the man who was “puffed up” about the sin he was getting away with, rather than taking pride in such a disgusting thing as incest.

*In addition, Paul gives even further instruction to not eat with the man, but to put him outside of the church. Also, they were in no way to judge anyone who was “outside”, for that is only for God to do. In this case, Paul himself admits to judging the guilt of the man who committed the filthy sin of incest. He emphasizes that one is not to keep company with one who calls themselves a brother, and does any of the following (Strong’s Concordance used for clarity) :

Therefore, the instructions are clear that any of the above should be put out of the congregation. Once someone is out of the congregation, they are not to be judged by church members, elders, or brothers, but instead they are handled directly by God. Paul specifies that one should not completely cut off those who are no longer in the church, especially sinners.

Further still, Galatians 6 speaks of those who will not enter the kingdom of God….

However, the blood of the Christ has already washed them clean. Their sins were covered by the random sacrifice of Jesus.

Born Again Christians are demonic and controlled by Satan.

Bible Teaching John 3:3 Unless one is born again, they cannot see the kingdom of God. John 3:7 You must be born again. This is a direct insult to the Holy Spirit. Christians who call themselves born again are considered evil by Jehovah’s Witnesses. If being born again is the work of God, and they refer to this work as evil, this is evil blasphemy against the Holy Spirit.

Click here to briefly read 1 Cor 6:18-20. This scripture on polluting the body refers to sexual immorality. The instruction is given:

Flee sexual immorality, which is not a sin outside the body but a sin against the body. Scripture here says the body is a temple of the Holy Spirit within you. The instruction is given to glorify God in your body, and do not commit sexual immorality. Sexual immorality (Strong’s G4202) here refers to adultery and idolatry.

Cruelty of a Cult

It is an evil and cruel form of sadistic manipulation for any sect or religion to use scriptures, such as that which is mentioned above, to permanently divide families, and promote hateful abandonment. When family members no longer communicate, they stop showing love, which Christ commanded of us to give. Shunning is a grave violation of scripture. If the Christian who has left or been removed from the congregation is hurting, and is tossed aside like that of a beggar on the street, there is that much more indication that the actions of the one who shuns are directly influenced by satanic forces.

Jehovah’s Witness beliefs are fueled by manipulation taught by the their leaders, the Watchtower Society. Families are knowingly being severed by the leaders of the Jehovah’s Witnesses, who knowingly distort the bible in a manner which keeps members trapped in cult thinking patterns.

Love has been ejected from the congregation and families. Congregations full of judges have been falsely appointed, as members dutifully follow orders not to associate with former members for any reason. Internal chaos is created in the hearts of well meaning Jehovah’s Witnesses who struggle between wanting to love their friends and family members,  (former JWs) or risking losing the remainder of their friends and family by not following the direction of their leaders. If they communicate with former members and so much as eat with them or begin spending a lot of time with them, they too may be counseled, and made to feel as if they are committing a sin which will cost them their relationship with God.

Spiritual abuse occurs when the bible is used to manipulate, deceive, cause irrational fear, and otherwise promote feelings of dependence on the particular church. Spiritual abuse can be mentally damaging, and later may even cause Christians to have doubt of God’s existence all together.

If you know someone in a cult, please continue to pray that they will wake up to the reality of what they’re in, and the true love of Jesus Christ.