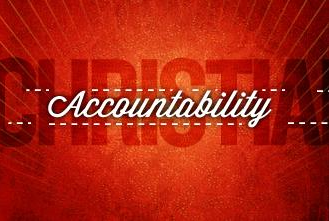 At what point is the line drawn where my responsibility ends and grace begins?

A gentleman posed this question to me regarding his own responsibility in dealing with sin. This question is one that has resonated in the mind of anyone who was deeply concerned about their salvation. It has caused many people internal turmoil as they battle with the devil’s tricks in dangling the sin bait in front of their very eyes.

We have been instructed to be obedient to the Word of God. However, we all know that it is impossible to be obedient to every single word in the bible, down to the letter. To assume that anyone can obey it 100% is to assume that one is sinless. Being sinless is the ability and trait that only Christ could hold.

Romans 6:17 (ESV) But thanks be to God, that you who were once slaves of sin have become obedient from the heart to the standard of teaching to which you were committed

2 Corinthians 2:9 (ESV) For this is why I wrote, that I might test you and know whether you are obedient in everything.

Phil 2:8 (ESV) And being found in human form, he humbled himself by becoming obedient to the point of death, even death on a cross.

We are further given instructions in 1 Peter 1:14 :

As obedient children, do not be conformed to the passions of your former ignorance, but as he who called you is holy, you also be holy in all your conduct.

All Sin, All Fall Short

While we are told to be obedient, the fact still remains that all sin, and all fall short. We have the ability to know that we are sinning, however the depravity of man (the sin that we are born with) is so powerful, that we find it nearly impossible at times to resist temptation. Many simply cannot seem to stop sinning no matter how hard they try.

The good news is that the Holy Spirit calls upon our hearts, cleansing us of the defilements of the flesh. This does not mean that one can run rampant up sinners lane, claiming that the Holy Spirit should’ve made us stop. We have an earthly obligation to put forth an effort to do the following:

2 Peter 2:20 For if, after they have escaped the defilements of the world through the knowledge of our Lord and Savior Jesus Christ, they are again entangled in them and overcome, the last state has become worse for them than the first.

What this scripture signifies is that once we have been enlightened to the Truth and the Word of God, we do in fact hold greater accountability for our sins. For each sin, there may be an earthly consequence. This is through God’s Divine Discipline. However, the grace of the Lord covers our ability to obtain salvation.

Are We Held Accountable?

We cannot go on sinning with a high hand, expecting that the grace of Jesus Christ will “forgive us anyway”. Such an act is unbiblical, and cannot be dismissed by the Lord. We do not know what type of punishment, whether small or large, that the Lord will give us for any of our sins.

Hebrews 10:26-27 refers to people who were specifically continuing to offer sacrifices for their sins, which was already done away with when Christ gave the final sacrifice through His death on the cross. Men who continued to make sacrifices after already being informed that Christ’s death was the final sacrifice were given a strict warning.  Listen to an explanation on that scripture here.

Sin of Human Nature (Not Pertaining to Blasphemy Against the Spirit)

To commit a sin purposely, is to walk the line of risk. The scriptures warn of the things to stay away from, which may serve two purposes:

If we have learned the danger of sin, and go through our lives expecting that the Lord will forgive us every time we commit that secret sin, we will undoubtedly deal with God’s discipline.

If God’s discipline causes us to weaken in faith, the Lord can reach out and pull us back to Him, so that we don’t fall away from Him permanently.

The sin we regretfully commit does not mean we will lose our salvation in Christ, and it doesn’t mean we are on the road to hell. Rather, the grace of God is so merciful and loving, that He possesses the power to bring us back to Him, and to obtain our secured salvation in Him.

The Grace of Jesus Christ

If one is still committed to loving and serving Christ and truly being forgiven by Him, then His grace shall be sufficient, and so they shall be forgiven.

2 Cor 12:9 But he said to me, “My grace is sufficient for you, for my power is made perfect in weakness.” Therefore I will boast all the more gladly of my weaknesses, so that the power of Christ may rest upon me.

God’s punishment of His children is a consequence to sin, and a way of the Lord drawing us back to Him in prayer. However, His grace allows us to be forgiven, as long as we stay in faith to Him right up until we die.

Help For Those Mourning Their Sins

It is wise to continue to pray upon our sins, asking the Lord to forgive us, remove the desire to repeat our sins, and set our path in a way where the sin no longer seems so appealing. Then we see that even the Apostle Paul, who called himself the chief of sinners, could not live a 100% holy life. This is evidenced in 2 Cor 12:7

Did Paul recognize that this thorn in the flesh was allowed there by God? Indeed, he did. For how else would he know, other than by the act of God’s grace? The grace of God is sufficient in obtaining salvation, even after we have sinned. This doesn’t mean we have no accountability. In fact, it reminds us of our accountability.

If we were to lose our salvation over any and every sin we committed, large or small, what a weight on our shoulders we would carry. However, the wondrous grace of God, which washed us clean the day Christ died on the cross, has given us the assurance that we can be adopted by Him, sealed in our salvation, and continue to be drawn toward Him through divine discipline, as He continues to allow us to persevere toward the heavenly Jerusalem. This is a place that no sinner deserves to be, and yet by His grace, we are saved, if even we must endure a temporary discipline in this waiting room called “life”.