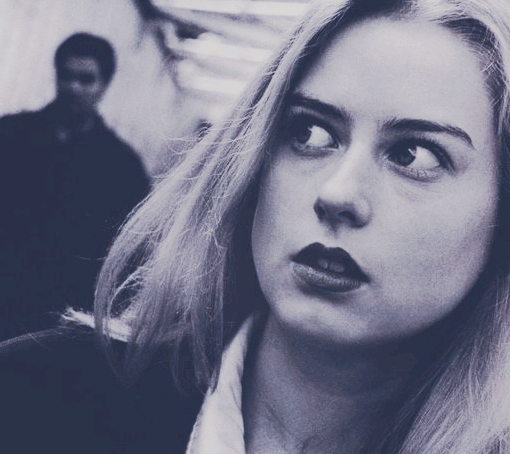 Do Jehovah’s Witnesses really engage in cultic practices such as stalking, slander, and strange behaviors not known to other churches and religions? Yes, they do. And, they are not biblical.

Proverbs 6:16-19 There are six things that the Lord hates, seven that are an abomination to him: haughty eyes, a lying tongue, and hands that shed innocent blood, a heart that devises wicked plans, feet that make haste to run to evil, a false witness who breathes out lies, and one who sows discord among brothers.

It is important to share the JW practices with others who are not familiar with Jehovah’s Witnesses, for safety purposes.

1- TAKING NOTES ABOUT HOMEOWNERS/RENTERS: Do you still get visits at your door by Jehovah’s Witnessess? Met them on the street and arranged a “free home bible study”? Cultic practices may involve your name on paper.

When a JW comes to your door, if you engage them and discuss anything in your life, they will likely encourage you pointing to a few scriptures. After a warm conversation, they may return to their car and take “visit notes” on their conversation with you. If you have a family, this may include writing down your name, child’s name, partner’s name, job, or various other details you share with them. What you drive? Your job? Your divorce? This may go into the “RV notes” (aka, “Return Visit”) so they remember what you spoke about for next time they visit. Providing them with any information whatsoever should not be considered “confidential”. Repeatedly inviting them back may turn in to a “cheat sheet” about you, sitting in their home or briefcase. Phone number, your personal business, things you discuss may be shared with others after they leave, including JW elders, or members riding in the same car that day.

2- CYBER STALKING: One of the cultic practices employed by Jehovah’s Witnesses is the practice of “watching” their members online. Things that members do or say may be reported to elders in the congregation by other JW “friends” on social media. This is common practice. Hacking into accounts and sharing private Facebook conversations with elders is also common, as is cross-scouting other social media platforms looking for evidence of “living a double life” (sin not befitting of a Christian).

3- BREACH OF CONFIDENTIALITY: JW elders are not the only ones who will keep tabs on you. The “spiritual tattle tale” extends largely to wives of elders. Confiding in a woman who calls herself a “sister” may result in the woman telling her husband your personal business, even if confidential. This may be in order to see that the JW wrongdoer “at fault” is punished by elders. It is not only common, but expected. Many JWs thereby believe they cannot trust the members, and have no one to confide in to discuss personal issues such as depression, marital problems, addictions, temptation, and similar issues. This can lead to extremely damaging isolation.

4- WRONGDOING/SIN In cases of “judicial hearings” (a sinner is brought before a group of men to be judged for an allegation), men who have not practiced law, and in MOST cases have no education in mediation, psychology, tactics, manipulation, discernment, and the like, are judging the person who allegations have been made against. In such cases of alleged pedophilia, for instance, an “elder” is not skilled to know what to look for, nor is he fit as an officer of the law to decide if the accused is to be imprisoned. While the elders speak the lingo of “finding evidence”, such cannot be obtained when dealing with dishonest people. There are no lie detector tests, no skilled interrogations, no detectives, and no jury. There will usually be 2 or 3 men who are friends, left to decide the outcome. The elder “judges” of such sins or crimes may be a custodian, an unemployed man, a window washer, or an accountant, young or old. Elders do not have training in fact finding, attend no classes given by professionals, and are not typically permitted to attend college courses in psychology or criminal justice. They use their own “conscience” to determine guilt or innocence of the accused. The same holds true no matter what the person is accused of, whether innocent or not.

How this can be dangerous :

5- SLANDER: When a person admits a “sin” they’re struggling with to another friend who is a JW, the listener has been trained to take such personal information to another party so the wrongdoer may be “dealt with”. (See #3). This is, as society knows it, a violation of confidence, another one of the shocking cultic practices embraced by JWs. If the story is in any way exagerrated, misconstrued, or maliciously conveyed in error, the party who exposes the “sin” is guilty of slander, which can be grounds for a civil lawsuit (see: tort).

If the “wrongdoer” is brought before the elders for the leaked gossip, they are given a date and time to appear and invited to state their defense. If they do not show up they may be disfellowshipped and lose their families. (See: disfellowshipping offenses)

6- STALKING: Stalking is one of the more shocking cultic practices of JWs. If a Jehovah’s Witness is watching another Jehovah’s Witness, in order to obtain information about them, they may be guilty of violating stalking laws, a punishable crime. Any JW who is being stalked has the right to contact police immediately and request a restraining order.

Stalking may include cyber stalking, looking through text messages or emails, monitoring phone calls, hacking accounts, parking and watching the victim, driving by someone’s home or job with intent to obtain information, and so on.

If a JW has left the religion but not been formally disfellowshipped (called “fading”) and another JW drives by during Christmas to see if they see a Christmas tree, so they can report it to elders, this is malicious stalking. If a JW spies on a man with intent to see what they’re up to, and reports it back to elders, this is stalking. Reporting of any behavior, the knowledge of which was obtained by purposeful drivebys, is stalking.

7- PEDOPHILIA: While most JWs are not pedophiles, it should be noted that the Watchtower Society of Jehovah’s Witnesses knew of 1006 cases of child rape. The children in many cases were forced to face their abusers in Kingdom Halls if the elders who judged the abuser found “no fault” or “no witnesses” to the rape. Many parents felt that if their child was abused they should not go to police, due to heavy indoctrination that dictated that the religion’s “reputation” must stay untarnished. Rapists have in many cases been allowed to repeat the offenses to others, because it was not reported to police.

Please help by sharing this information, to inform others on warnings and potential dangers of becoming involved with, or members of Jehovah’s Witnesses.