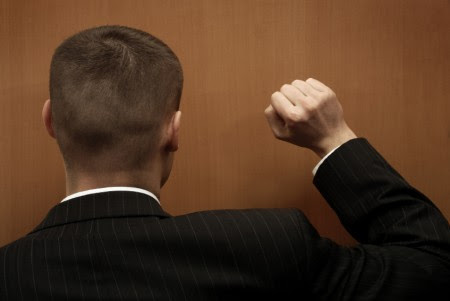 What Do Jehovah’s Witnesses Believe?

Jehovah’s Witnesses believe that they are “God’s Spirit-directed organization”, meaning they believe their leaders are led directly by God. The Headquarters of Jehovah’s Witnesses is called the “Watchtower Bible and Tract Society”; a book publishing company that has been based out of Brooklyn, New York for many years. The leaders are called “The Governing Body”, which consists of 7 men as of 2015. The Governing Body resides at Headquarters, which is currently moving to Warwick, New York.

The Watchtower Society leaders dictate the following strict guidelines to their members:

Rule Makers: The teachings, decisions, changes to doctrines, implementation of new doctrines, and any statements of the Governing Body are final, and cannot be challenged or appealed. Failure to comply without showing remorse will result in immediate ex communication, or, disfellowshipping.

Baptism: Anyone wishing to join JWs must become baptized as one of Jehovah’s Witnesses. A previous baptism in another church is not recognized as a dedication to God. Once one becomes baptized, they can officially become disfellowshipped, or removed from the organization.

Weekly Schedule: One typically attends (2) meetings of approximately 2 hours each per week. In addition, they are encouraged to participate in door to door ministry activities on a weekly basis, or as much as possible. A typical schedule consists of 1 weeknight and 1 Sunday day meeting, and Saturday “field service” day, (door to door ministry) for hours. Hours are tallied up and turned in. Conventions are also held for several days annually.

Holidays: No holidays are to be celebrated. JWs believe most to be pagan and strictly refuse any celebrations, including birthdays.

Blood Transfusions: No one may get a blood transfusion. This is based on scriptures which the JWs feel are grounds for the rule.

Politics: Jehovah’s Witnesses do not get involved in politics, war or flag soluting.

Lifestyle & Rules: Jehovah’s Witnesses believe their first duty of loyalty is to the Jehovah’s Witness organization, it’s rules and beliefs. The Governing Body believes that if one obeys their rules, they are obeying God Himself.

Forbidden Sins: There is no fornication, adultery, alcoholism, illegal drugs, cursing, R-rated movies, rock music, heavy metal,  provocative dress, trendy styles, materialistic desires for wealth or elaborate things, bar hopping, fortune telling, palm reading, astrological or birth sign practices, lotto or gambling, or association with anyone who practices any of the above. Repeat offenders are likely to be counseled, and if they continue without remorse, they may be quickly disfellowshipped.

College: Attending college is not advised in JWs,  and is viewed as unnecessary and a waste of time. Higher education, in the past, was frowned upon in literature, as it was stated that there isn’t enough time to go to college, as Armageddon is coming. Currently, the Watchtower does not appear to be so bold as to forbid it, however, it is discouraged due to the need for preaching work.

Marriage: JWs are encouraged only to marry other JWs. If one joins Jehovah’s Witnesses but their spouse is not a JW, they do not have to get a divorce. If trouble arises in the marriage, members are advised to tell the elders the details, and let them make a decision and provide guidance on how they should proceed.

Homosexuality: Gay people are to abandon all gay lifestyle and “turn straight” prior to joining JWs. A Jehovah’s Witness who states that they are gay will be disfellowshipped from the organization and not reinstated unless they no longer profess to be gay.

Sex:  Sexual relationships between men and women are to be strictly in the marriage bed. Certain sex acts between couples were at one time considered grounds for disfellowshipping, even if married. This includes oral sex and other “unclean” sex acts. Those who have sex while not married, or who have types of sex that are not permitted are to confess their sins to the elders in the Kingdom Hall. They may be disfellowshipped immediately if they’re unrepentant or repeat offenders.