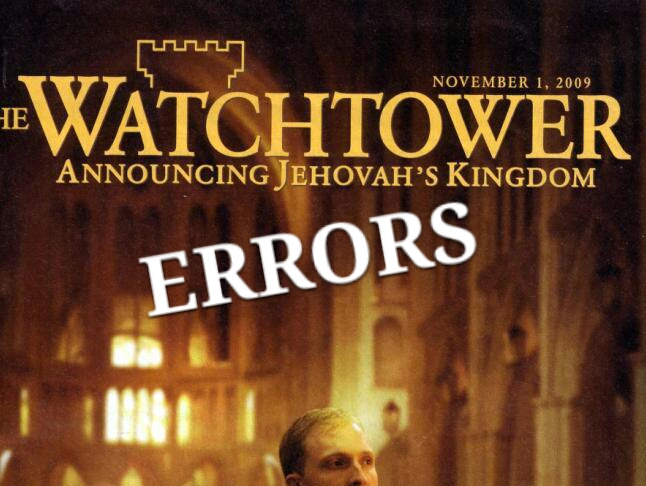 Is it Necessary to Belong to a Religion? Finding More Watchtower Errors

This article refutes and disects Jehovah’s Witness Watchtower errors in their article entitled, “Is It Necessary to Belong to an Organized Religion?” on JW.org, the official website for Jehovah’s Witnesses.

The article by Watchtower Society attempts to answer society’s question in it’s own words. While my intention is not to mock the Watchtower’s Christian viewpoint here, it is to counter their views with biblical foundation and clarity, in order to expose Watchtower errors properly, using the Word of God.

Let’s look at the article piece by piece in it’s entirety. Any and all quotes can be found on JW.org, published by Watchtower Bible and Tract Society

Paragraph 1 addresses the question,  “Is it necessary to belong to an organized religion?” It states:

“Yes, because God wants people to gather for worship. The Bible says: “Let us consider one another so as to motivate to love and fine works, not forsaking our meeting together.”—Hebrews 10:24, 25, footnote.”

(*Note: Doctrines of Faith website is automatically set to give you any and all scripture links leading directly to the ESV, English Standard Version, whether or not another source provides a scripture inside of a quote provided to you on my website. Example: If Watchtower quotes a scripture that I include as part of a Watchtower article, then clicking on that scripture link inside of their quote will actually lead you to the ESV translation of that passage.)

Actually, this scripture that they bring up says the following:

“And let us consider how to stir up one another to love and good work, not neglecting to meet together, as is the habit of some, but encouraging one another, and all the more as you see the Day drawing near.”

The scripture is clear. Meeting together is the habit of some. We can meet with others and encourage them. The scripture doesn’t say where, or whether it must be in a church of a particular religion. Adding a notion that suggests that this scripture specifically means in it’s context that one must be a member of an organized religion is biblically irresponsible and a gross perversion.

“Jesus indicated that his followers would form an organized group when he said to them: “By this all will know that you are my disciples—if you have love among yourselves.” (John 13:35)”

This is no way states that men must be part of an organized religion. Instead, it means that anyone who is truly a follower of Christ will show it in his or her love toward others. Showing love is the true mark of a Christian. No more needs to be added to this scripture, suggesting that a religion must come into the picture.

In the next part of paragraph 2, it states:

“As a primary way of showing this love, disciples of Christ would associate with fellow believers. They would be organized into congregations that meet regularly for worship. (1 Corinthians 16:19)”

Actually, in Acts 18, Paul’s second missionary trip is discussed by Luke. Paul went into the house of Priscilla and Acquila, and then from synagogue to synagogue, preaching the message of Christ, that He was the Messiah. When some rejected the teaching, Paul left and continued on in his ministry. From church to church he went, exposing truth, and rebuking false teachings.  This was the beginning of the establishment of the church of Corinth. A disciple of Christ was made each time one who heard the message was affected in his heart by the Holy Spirit. God led Paul. God led Apollos who was taken in to the home of Priscilla and Aquila. Disciples were made, and taught inside of homes in how to preach.  The book of 1 Corinthians reveals that the churches had been corrupted with pride, immorality, and disputes between brothers which were taken before judges rather than handling amongst themselves. Additional problems regarded women praying with heads uncovered in the church. People were eating and getting drunk at the church. Paul corrected many wrong practices in the church.

Never does the scripture say that one must be part of an organized religion. In fact, a disciple of Christ entered into the churches to refute false doctrine and bad practices which these churches were known for. The intent was to reach the hearts of individuals who would receive the message of Christ. Upon finding blasphemers who refused to proclaim Christ as the Messiah and receive the word of truth, Paul left the church and continued in his ministry. He had a mission, and that was a traveling ministry which roamed from town to town, and church to church.

The article ends paragraph 2 by saying,

“Collectively, they would form a worldwide brotherhood.—1 Peter 2:17.”

This is a profound passage, but one must continue reading all the way to the end, which says:

(1 Peter 2:25) “For you were straying like sheep, but have now returned to the Shepherd and Overseer of your souls.”

This is particularly stating that those who strayed returned directly to Jesus Christ; Not to a religion or a particular church. This is imperative for the true follower of Christ to understand. Straying means to take a wrong course which goes against the teachings of Jesus Christ. Returning to Jesus Christ Himself is the only way to straighten out that path.

“While the Bible shows that people should gather to worship God, it does not teach that a person can please God by just being a member of a religion”.

Notice how they inserted the word “just”. While this is a tricky implication to the novice student,  the bible actually does not at all teach that a person can “please God by being a member of a religion”. This statement leads one to falsely assume that the bible says that one must be a member of an organized religion.

The final part of paragraph 3 states:

“For example, the Bible says: “The religion that is clean and undefiled from the standpoint of our God and Father is this: to look after orphans and widows in their tribulation, and to keep oneself without spot from the world.”—James 1:27, footnote.”

This scripture in James in intended by Watchtower to have something to do with being part of an organized religion. In fact, this is how they are closing the topic. Well, one must go back one scripture and note the importance of church involvement.

“If anyone thinks he is religious and does not bridle his tongue but deceives his heart, this person’s religion is worthless. James 1:27 then states: “Religion that is pure and undefiled before God, the Father, is this: to visit orphans and widows in their affliction, and to keep oneself unstained from the world.”

This specifically gives a clear answer on the Bible’s direction on “religion”. There is no further clarification needed. Nowhere does it say in James 1:26 that one must be part of organized religion. To suggest this is injecting Jehovah’s Witness doctrine to scripture, a practice which is meant to deceive the reader into believing that one must be a member of a religious organization in order to receive the call of Jesus Christ.